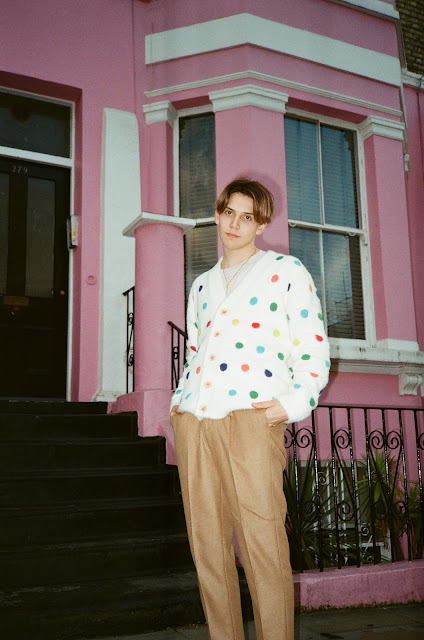 Sinking is a polished retro throwback from Orlando, a fiercely-fresh neo-soul artist whose time is shared between London and the Cotswolds. With dusted bedroom beats and jazzy elements at its core, Orlando is soon to release his debut EP which really turns up the dials. Soothing guitar with chatterbox melodies, Orlando paints colourful narratives of teenage angst.

Orlando discusses Sinking, "I wrote, recorded and produced the song over a couple of weeks from my bedroom. I wanted to create a disillusioned twist to the famous Gladys Knight song ‘Midnight Train to Georgia’. It’s a love song that at its core is almost an anti-love song. I wanted to write a perilous love story. When I was producing the song I used vintage synth sounds, muffled kicks and vinyl crackling to create a retro vibe."

Orlando is set to headline the Nottinghill Arts Club on the 22nd of February, and you can get your tickets from Dice HERE. In the meantime, keep your eyes peeled for the Nike's and Dandelions EP.