This release plus follow up singles represent an exciting new chapter for the four-piece, as they explore a more production-heavy guitar driven sound. These songs where recorded over a week at Courtyard Studios in Oxford with Ian Davenport (credits include Demob Happy and Band of Skulls ) who brought a fresh energy and verve to the project. With more time spent on pre-production, the result was a bolder, barnstorming' sound that captures the band perfectly. 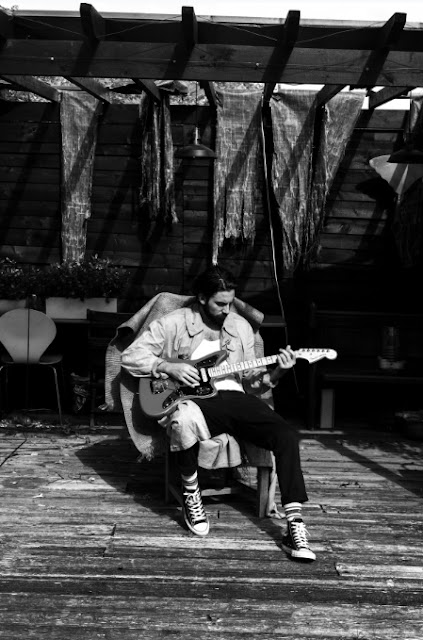 To preview the single which is out on all streaming platforms on 7 th February alongside an official music video, OH BROTHER have dropped this playful 50s inspired lyric video which depicts a hapless young man in his quest to find love. Lyrically Hopeless Romantic' does what it says on the tin - written in a romantic capacity and based around being a dreamer, Jake explains further:

“I wanted to tackle that age-old problem whereby we manage to convince ourselves everything's all gravy and we've got in the bag - where in reality, you've missed the mark by quite some bit"


In 2019 they took the stage at The Great Escape before playing All Points East in the summer and their first sold out headline show in London later in the year. Their self-produced debut What 's The Point' was added to Spotify's New Music Friday playlist and the music video has been viewed over 1M times on Facebook. The band went on to record their subsequent EP entitled Catastrophe' with producer Neil Comber (known for his work with MIA, Goldfrapp and Placebo) and tracks from which garnered support from Elise Cobain at Amazing Radio, Clash Magazine and a host of influential Spotify playlists.

To mark this release, the band have announced a mini UK tour taking place throughout February and March. See all dates below - for tickets and details visit here .

Hopeless Romantic is out on all digital outlets 7th February 2020, alongside an official music video