Posted by Fred Bambridge on April 17, 2020
Aligners have today shared their blinding new cut, "Sixties Hearse". The foursome are based out of the Cheshire town of Warrington and they've had a steady following since forming in late 2018. Starting off playing a Battle of the Bands under their old band name they hit the refresh button in late 2019 and since they've been called Aligners they've been on the rise. 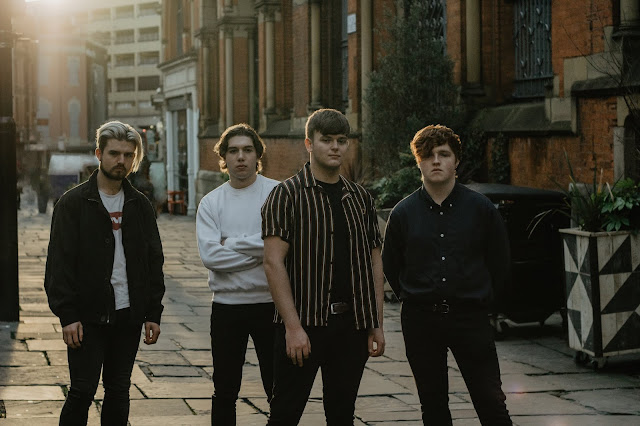 Supporting the likes of Valeras and even playing at the Warrington Music Festival they've been working hard playing shows in and around their town and now they're ready to burst back onto the scene with their debut single, "Sixties Hearse".

The debut single was produced by Sugarhouse (who has worked with the likes of Viola Beach, Larkins, Pale Waves, Glass Caves) and recorded at Catalyst Studios in St Helens. With a great producer behind them from the word go this track sounds as big as it can be, with meaty guitars, dominating vocal hooks and a beat that you can see loads of people moshing to. They really do sound like the final package, and considering this is their debut single they're going places, that's for sure.

Be sure to follow them on the socials and ride the hype wave with them, don't forget to playlist them in Spotify too!