Posted by Fred Bambridge on April 29, 2020
BLOXX have announced their highly anticipated debut album "Lie Out Loud", which is set for release August 14th via Chess Club Records.  The album will feature the huge singles "Go Out With You" and "Coming Up Short" alongside a plethora of new material. 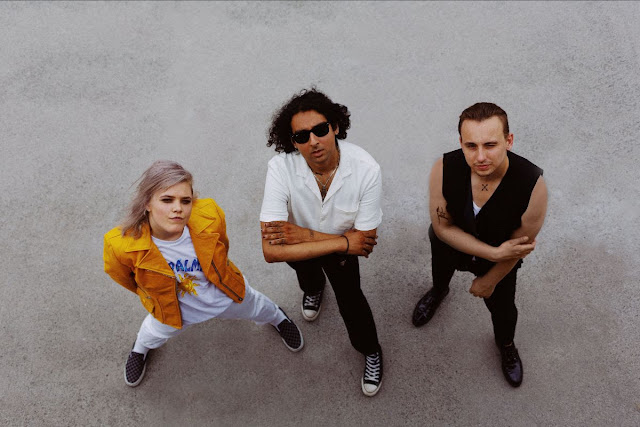 Speaking about "Lie Out Loud", frontwoman Fee Booth said - " ... "Lie Out Loud" feels like a big moment for us, it's a bit angsty and was actually the last song we wrote for our record, whilst we recorded the record, so it nearly didn't even happen! I remember being so wildly annoyed that day because I was sitting around doing nothing and I just remember myself and Jenn Decilveo (our producer) shouting lyrics at each other and arguing over whether or not 'lie out loud' made any sense. It definitely does."