Posted by Fred Bambridge on April 16, 2020
Last week the Stoke based singer-songwriter, Darla Jade, released her vibrant new single "Frenemy", which is her second single of the year following on from her epic track "Overcrowded". The new single was produced in Thailand at Karma Sound Studios - the first time I've knowingly listened to anything produced in Thailand, and from the sounds of it I'd love to hear more already, the track has it all.

Darla Jade's gorgeous vocals are all over the track with the perfect amount of reverb, pitch perfect and she's easily able to reach the high notes in the choruses. Her vocals remind me that of Natalie from Fickle Friends, who also is known for amazing Pop anthems. 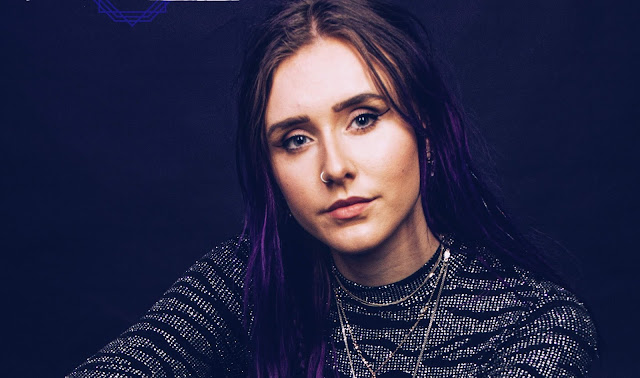 The track itself is an Electro-Pop anthem with some simply smooth production that you can easily hear all of the elements in the single, especially when the chorus comes in when the track peaks with the almost tribal pan-pipe sounds. The track really does have it all, soaring vocals, honest lyrics "You can't be a friend to me / you forget about me with a drop of a hat / you'll be the death of me" - summing up most friendships these days with backstabbing so called 'friends', we all have them.

Speaking about the track Darla Jade says - "This song is a symbol of what I have been through and where I want to go, so the process of writing and recording it has been really special to me" - She spoke also about the production team saying - "Having the opportunity to collaborate with KarmaKarma has been amazing. The team there are passionate and really understand which direction I want to go in creatively."

After listening to this you'll be amazed that she's not as big as her tracks suggest she is, it is literally a matter of time before you'll be hearing Darla Jade and her pop anthems everywhere. So be sure to follow her on the socials and ride the hype wave that is about to come and take over the airwaves.