Posted by Fred Bambridge on April 29, 2020
Modra Luna have recently shared their atmospheric new tune, "Cure", which is the second song from the quartet to be released in 2020 following on from their single "Broken Toys" and their 2019 single "Lola".

Having formed and based out of West London the foursome have spent most of 2019 and early 2020 performing shows all over the capital. With some of the venues they've played at being Oslo in Hackney, The Finsbury and Nambucca both in North London as well as Notting Hill Art Club. With the band performing at those venues one thing is for sure, they're in demand. 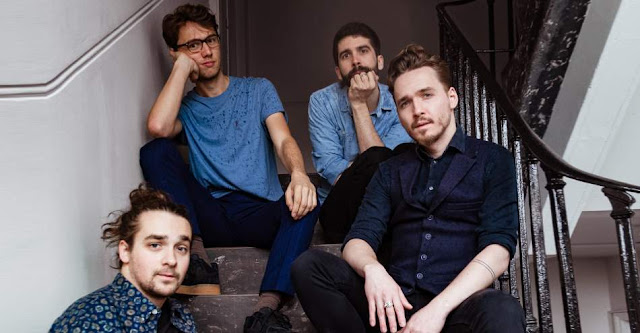 Now heading onto the single itself, "Cure", it's a track that has Grunge mixed in with Post-Rock elements and also Indie-Rock melodic structures with a psychedelic edge. With some soaring melodies and glistening guitar tones which soar throughout the track, the band are really hitting the nail on the head with their third ever release.

Expect to hear more from the band, so why not follow them on the socials and Spotify too, won't be long before the band are venturing out of the capital city and performing shows all  over the UK.