Posted by Fred Bambridge on April 22, 2020
Sunderland's Plastic Glass have recently shared their anthemic new single, "Let Me Know" last month, and it's already been doing the rounds in the It's All Indie remote offices.  "Let Me Know" is the first track from the quartet in 2020 and is the first release since their acclaimed tune "Come Clean", with it marking a new dawn for the foursome. 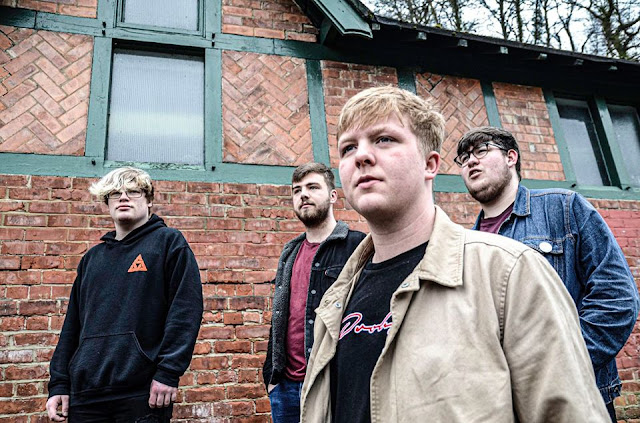 The anthem is clean and crisp with some sweet melodies crooning over the smooth guitar hooks, with the punchy chorus providing one of the highlights of the cut. There is no wonder how the band has recently had shows outside of their home city, playing in Manchester, Newcastle and Glasgow.

Talking about the new tune Ben Richardson (Bassist) says - "The song was written on-the-spot during a rehearsal and naturally developed into what you hear on the record”. Expanding further: “Lyrically, the song deals with the theme of frustration. Specifically, when people send out mixed signals and don’t commit to plans; being unreliable and effectively causing tension"

With support on the live scene from This Feeling already in the bag too the next level for the band is playing to bigger crowds, and with "Let Me Know" now being out there for everyone to hear it really wont be long until they're being hyped by all of the tastemakers.