Posted by Fred Bambridge on May 08, 2020
Today see's the release of Cat Marina's debut single, "Ex Friends + Bad Endings". The producer, writer and multi-instrumentalist has finally broken cover and is going solo after spending some time in various outfits. With a history of creating exciting indie-pop in his previous outfits this new tune is continuing the trend. Previously he has his music get noticed by the likes of Glastonbury Music Festival, BBC Radio 1 and having placements on Amazon Prime and Pro Evo Soccer - not bad for 23 years old.

The track is heavily focused on self-reflecting, with the lyrics painting a picture of what he's recently been through, with some lines being highly relatable "I think I wanna fade away" and "I don't think I can take much more" - which is something we all go through from time to time. So maybe next time you're feeling down and need something to relate to that can pick you up, stick this tune on and you'll feel happy after, I'm sure of it. 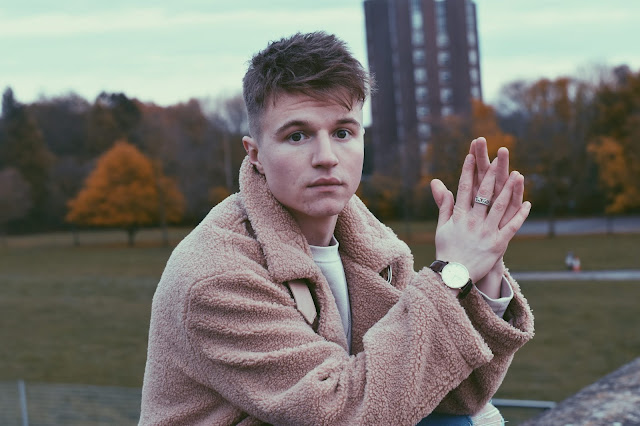 Speaking about the song he says - "I just realised I landed in a place where I was relying on other people for my own sanity, and that’s fine as long as the pack of cards you’ve built into a stable little flat-pack bungalow doesn’t cave in on itself. But when it does, you realise you’re left with no idea who you actually are, or where you’re supposed to go. It dawned on me that I needed to figure out exactly what type of snare drum I like, and whether I’m the type of person that keeps eggs in the fridge or in the cupboard. I guess that’s why this song feels so important to me, as it’s me starting the process of figuring that out."

With some slick electronic production and summery guitar tones laced all over the track, Cat Marina has pulled out an amazing debut track for everyone to get hyped over. So be sure to follow him on the socials and Spotify to make sure you're one of the first to check out more tunes when they drop, he's going to be one to watch that's for sure!