Posted by Fred Bambridge on May 21, 2020
Coming out of Toronto, Canada, the quartet of Iduna have recently released their thrilling and pulsating new tune "Creeping In". The foursome have been releasing music together since 2017 when they dropped their 7 track effort "Counterpart", and since then have refined their sound to incorporate some of their major influences.

With vocals that just dominate your ears, driving guitar lines that feel like you're being smashed in the face, and a rampant backline of thick bass and drums. "Creeping In" is as a dark as it suggests, but is as thrilling as anything else out there. Drawing in from their inspirations such as Biffy Clyro and The Smashing Pumpkins especially you can hear that the outfit are looking to be one of the next bands who keep it pure and raw. 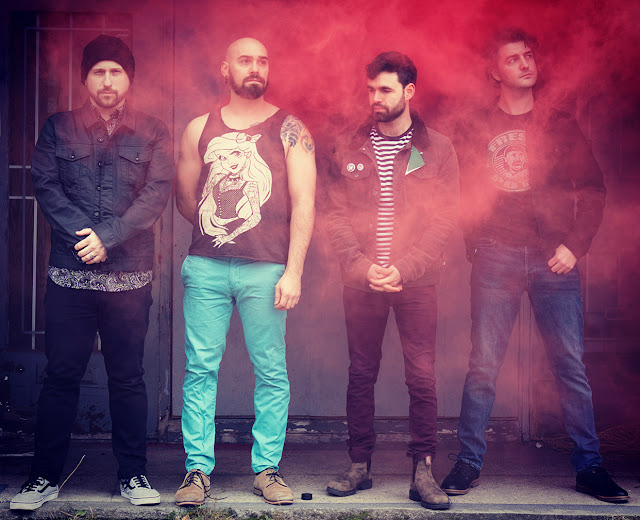 Through dual melodies produced by vocalists/guitarists Jason Craig and Trison Boyes, the outfit give even more dynamics than just the one vocalist, and on "Creeping In" the backing vocals are just as good as the lead, ensuring that this track falls nothing short of blistering.

Speaking about the new single the band said - " ...  "Creeping In" is a song about letting go and welcoming the loss of inhibitions, and is focused on exploring the vulnerable side of attraction and the emotional risk we all experience in putting ourselves out there."

You NEED to listen to Iduna if you love Biffy Clyro as they compliment each other so well, and don't forget to listen to their back catalogue on Spotify, it's something worth the time! Head on down to check out "Creeping In" now!