Posted by Fred Bambridge on May 10, 2020
In the past few weeks Lewis Evans has released his catchy debut single "Hold Yourself to Blame". As the title suggests this is his debut solo effort, after being in numerous bands before and performing all over the South East of England this thrilling track is a great way to kick off his solo project.

The track has a very mid 00's Indie-Rock feel with some nods towards the likes of The Hives and Nine Black Alps with the crunching guitar lines being one of the highlights of the single. As the press release mentions, this really does sound like a track that you'd expect to find in a FIFA Soundtrack, with a fast tempo and a thrilling ride throughout the track. 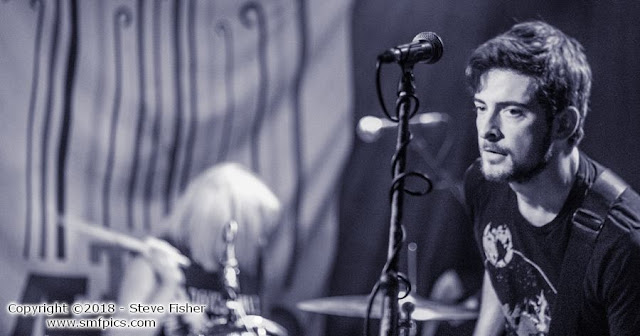 Speaking about the writing process Lewis says - "I felt lost. I felt like I had a chip on my shoulder. I had to prove to myself that I could still write and perform music and I had to prove to myself and others that it would be my best attempt yet." - it just shows that if you believe in something then it'll happen. Lewis is one of a few acts that have gone solo and made a blinding track to start his individual career.

With a blinding and storming single to start his solo career off with, I feel that Lewis Evans could easily break-out of his local scene and become a name that everyone will know of, just wait for more tunes when they drop and see the rise come. Be sure to follow him on the socials and Spotify to keep up to date with his work, I don't think you'll be wanting to miss out on this.