Posted by Fred Bambridge on May 18, 2020
The quartet of Old Fame last month released their fantastic new single, "Cumberland", which is their second single of 2020 and follows on from "Short Cub". Track was recorded in Wicked Squid Studios in Rochester, NY Engineered by Christopher Dubac-Penney Mixed by Josh Pettinger Mastered by Greg Thompson

Old Fame formed back in 2018 when members of defunct bands Alberto Alaska and Like Vintage  came together and started writing and demoing songs in Rochester, New York state. Having stuck to playing local shows their fanbase around their area is pretty tight, with the outfit even having performed "On A Plain" live on WAYO 104.3 as part of a Radio Tribute Album to Nirvana. 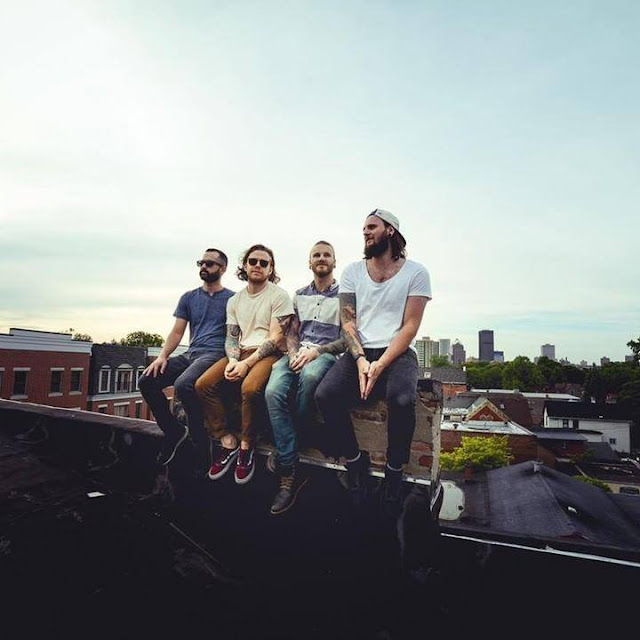 Having had some big influences that have helped shape their sound, such as Manchester Orchestra, Fleet Foxes and Radiohead, it's no wonder "Cumberland" is a cut that sounds above the rest. With some expansive guitar sounds such as that from the legends of Radiohead they've also got some soaring vocal hooks that bring you into the track from the off.

The texture of the whole track is something that you'd expect to find at bands who headline festivals such as Coachella, Glastonbury and The Governors Ball - having formed a very cohesive sound that nods back to the Alt scene in the very early 00's. With the vocals getting louder towards the end it really does feel that the band have some hidden anger and darker tones just waiting to be tapped, the band sound like they're about to break it, and if they do they'll be huge!

Speaking about the track the band say - " ... "Cumberland" is about perseverance, overcoming self doubt, coping with social anxiety and feeling hopeless in our current political climate." They also went on to say - " .. ."Cumberland was written well before the Trump Impeachment and COVID-19 pandemic, but the relevance of the songs lyrics is uncanny!"