Posted by Fred Bambridge on May 22, 2020
Queen Frequency & The Twats share their psychedelic-tinted new single "Symphony Of -tions", this is the first single from the outfit who are based out of Los Angeles in California.

Queen Frequency &amp The Twats are a multi-genre rock band which incorporates feminism and science fiction themes into their tracks. The new single was produced by Freeman Recordings, mixed by 9-time Grammy winner Darrel Thorp and mastered by two-time Grammy winner Andres Mayo ,so there's one thing right off the bat, they've got a solid team behind the desks. 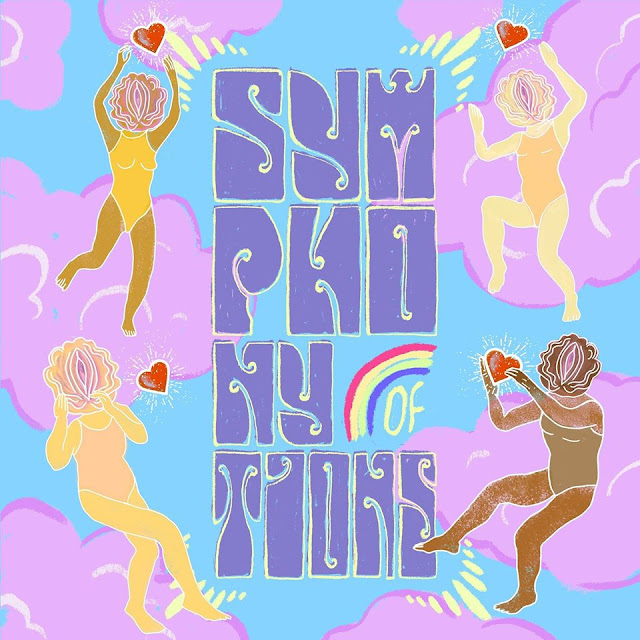 "Symphony Of -tions" is a very psychedelic  dream-pop track with lots of soft textures mixed in with some angular guitars too. The vocals at times can be described as a bit dark, with the laughter in the background as well as having a fantastic change of pace right before the chorus.

"Symphony Of -tions" is a track you really need to listen to more than the once to appreciate it as there's so many things going on in the background, from the aforementioned laughter, to the synths that ooze away and the flowing vocals that sound like they've been lifted from an empty church.

So head on down below to check out "Symphony Of -tions" for yourselves, and be sure to follow Queen Frequency & The Twats for more great and layered tracks when they drop! Just be sure to be sober as this track can take you to alternative realms with the psych edges it possesses!