Posted by Fred Bambridge on May 05, 2020
The Scotland based quartet that is Sunstinger have recently revealed their blistering new cut "The Void". Released a few days ago on May 1st, this is their 6th ever single, following on from their most recent singles "Shimmer" and "She Stole My Sky".

So the track, it opens with some soaring guitars that pave the way for some delightful and hazy vocals, add some fuzzy guitar riffs and thick basslines later on and this tune just get's bigger by the minute. The chorus is anthemic as they comes, I can easily see these guys playing to packed out tents at music festivals, getting in every passing punter. 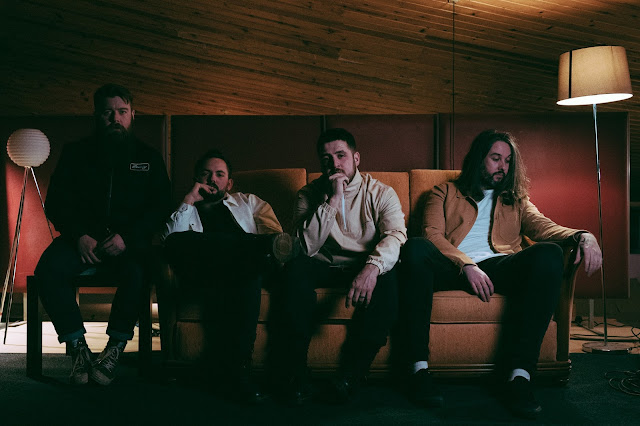 Speaking about the new single, lead singer Taylor Wright describes the song as - "an interesting one to record. The chorus was originally a part we didn't use in another track. I worked on it and made it into a new song. My mate was going through a bit of a hard time and with his permission I wrote the song about the way I seen things, the way things were happening in his life. It's like a story it has a beginning, middle and end, and the break is about a funeral. We added the main riff last minute as it didn't originally have one, the cool thing about the riff as its played on a Fender IV bass. That's why it has this weird tone. I think it actually sounds like anxiety. Like the theme tune to casualty or something haha that's what we were aiming for. We used the Fender IV a lot in that session, a great idea by Magnus Collie."

Having has praise from outlets such as Triple-J and BBC Radio tehre is no wonder this band is already being hyped. Wall of sound that soothes your ears with some clean and crisp production "The Void" seems to be the best tune Sunstinger has put out to date, and if their future work is anything like this they are going to be a big future, that's for sure.