Posted by Fred Bambridge on May 10, 2020
Hailing from Manningtree fourpiece SuperGlu have announced their new single "Soil", which was released on 8th May alongside an exclusive vinyl only release on Flying Vinyl. Funded by the PRS Foundation Open Fund for Music Creators, the track was exclusively released on vinyl via Flying Vinyl on 24th April and is released digitally on 8th May through the band's imprint Don't Try, in conjunction with Antigen Records.

Speaking about the new single the band say - " ... "Soil is" a song about sneaking out the back door and running for your life. Making a change and moving on – as long as you keep moving - you cannot be caught. Our seemingly lofty musicals aspirations are effortlessly undermined by a grinning cocksure guitar solo and a “Oh fuck” fluffed drum fill." 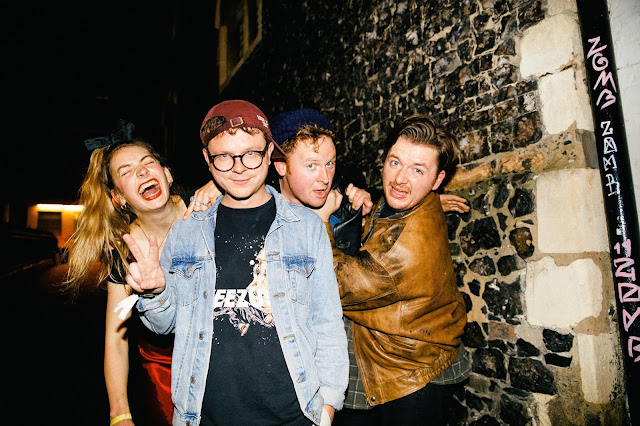 After listening to this there is no wonder that SupeGlu are one of the most respected acts out of East Anglia at the moment, the driving guitar lines in the chorus just soar, the vocals are sing-a-long worthy and are ready for the big stages of festivals. With backing from BBC Radio 1, BBC 6 Music, Radio X and BBC Introducing, it sounds like the quartet are pushing themselves even more - this could be the dawning of SuperGlu's drive into stardom.