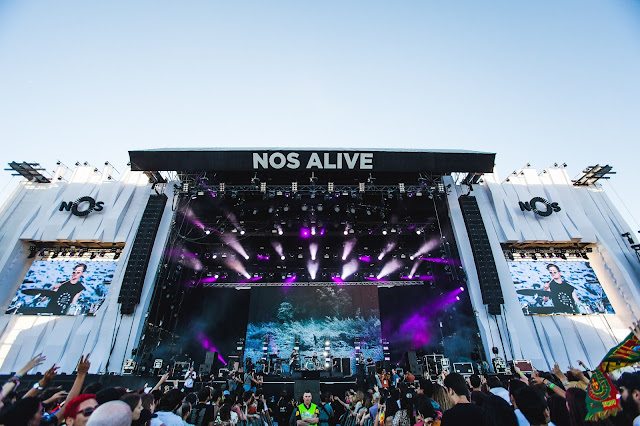 As you may have seen, we headed to Nos Alive festival in Portugal last weekend to watch the likes of The Chemical Brothers, Radiohead, Arcade Fire and many more, all without putting a pair of wellies on! Here are the main talking points from the 10th year of the festival.

Nos Alive prides itself on its commercial links (Nos is a media and telecommunications company) and when everyone entered their rainbow gates you were given awful white cowboy hat which looks more fitting for the cast of Benidorm than the sun-kissed Europeans entering one of the coolest festivals around. Nevertheless some people thought this hat was the equivalent to a festival wristband which never leaves your body, even after the festival, and so created a sea of what looks liked mass seagull shit over the main arena. 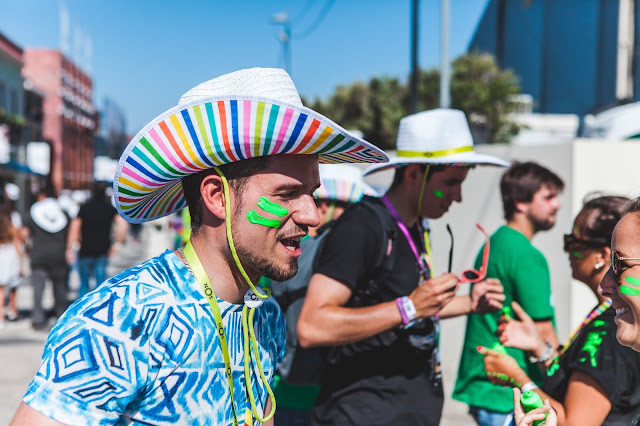 Radiohead: huge turn out, but of a bit of let down

We've got to be honest, we did expect a little more from Radiohead. The most anticipated set of the weekend gathered the biggest crowd which more often than not you couldn't move through due to its motionlessness. Maybe they were taken aback by the band's decision to start with the first five songs on their new album (approximately the point in the album where we turned off), but we put it down to lack of interest until they played their big hitters such as  'Creep' and 'Karma Police'. 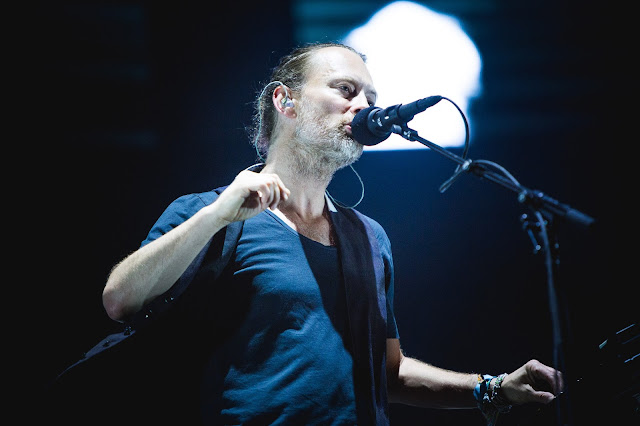 The first time I saw Two Door Cinema Club I was sat on a girls shoulders at Reading Festival 2011 wearing a yellow pastel shirt that read 'I get all the girls, I get all the girls'. That puts into some context how the Irish band have changed since over the past five years. Now, hen the trio step onstage at 1am, they were still greeted by screaming teens up past their bed time but also provided a classy lights show and a sound big enough to burst the tent for those watching from afar, nursing their pints. The long wait for album number three may be worth it; this new Two Door Cinema Club pack a punch. 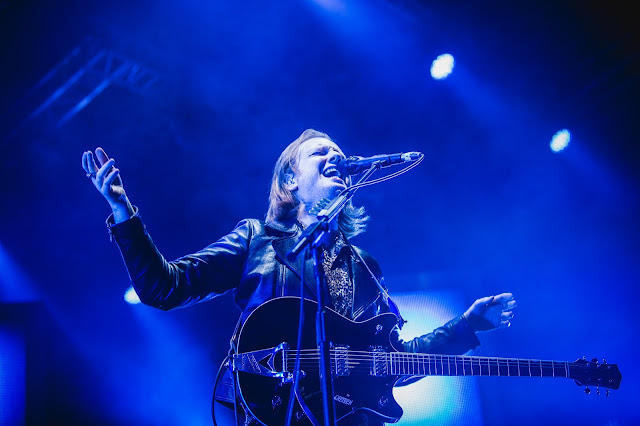 The hurt of leaving the EU is still raw

We know. We don't want to bring it up either but walking around Nos Alive, signs of the EU were still apparent, with a number of festival-goers draping themselves in the flag. It wasn't just the crowd either, Jack Bevan, drummer of Foals chose to don a shirt reading 'I don't want to break up with EU'. As so many of the bands playing overseas were British, it's a message we're sure will be echoed at European festivals this summer. 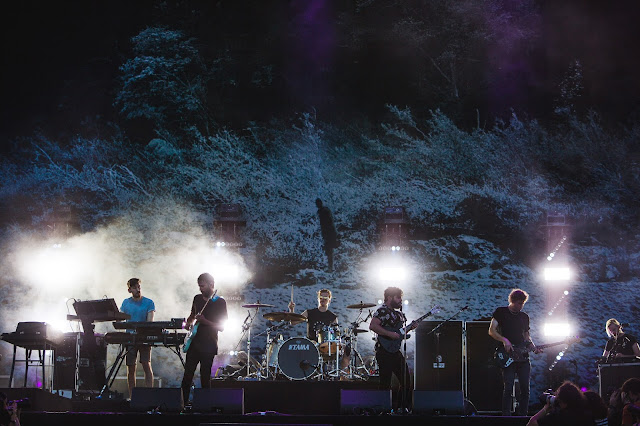 "I see you taking off your clothes... Hey I'm kidding, do what you want it's a festival right?" smirks Tame Impala's Kevin Parker. The frontman was addressing probably the second biggest crowd of the weekend (after Radiohead) who, when he looked out over them, was greeted by erm... a lot of flesh. It seems the Nos Alive crowd just can't resist themselves when it comes to the Australian psych-rockers. 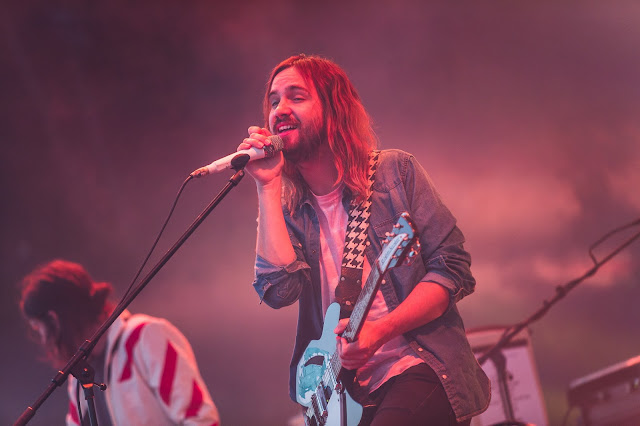 Whilst most 19 year-old lads doused themselves in VKs and air humped their way across a Magaluf dance floor to David Guetta, Wolf Alice's Theo Ellis and Joel Amey went on their first holiday to Lisbon, Theo reveals to a cooing Portuguese crowd before launching into their fitting track 'Lisbon'. If there's one thing that's bound to get a good response it's a song about the city you're playing in. Later on singer, Ellie Rowsell, reveals it's the band's first show in Portuguese capital. Somehow we've got a feeling it won't be their last. 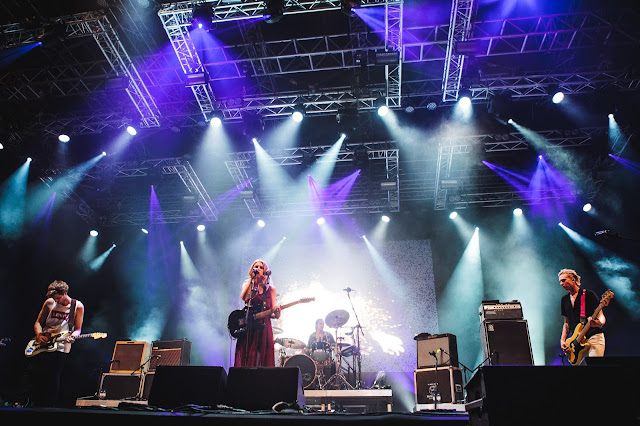 Biffy Clyro are the best type of crowd pleasers

The Scottish outfit made no effort to squeeze all they could from their new cut 'Ellipsis' released just four hours after the band stepped off stage. Instead, Simon Neil and co. rinsed through a set made up of some of their most impressive songs including 'Living Is A Problem Because Everything Dies', 'Bubbles' and 'Born on a Horse'. 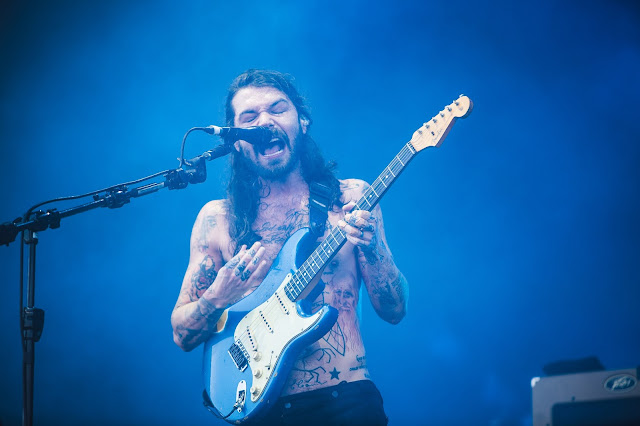 There was a British invasion

Come to Portugal they said. Get away from the mosh-pitting, beer throwing British crowds they said. Wrong. Nos Alive this year seemed to have more British people than those who voted to remain in the EU. Pair that with the array of UK bands performing and you're basically at Glastonbury, but without the mud and pilgrimages between stages. 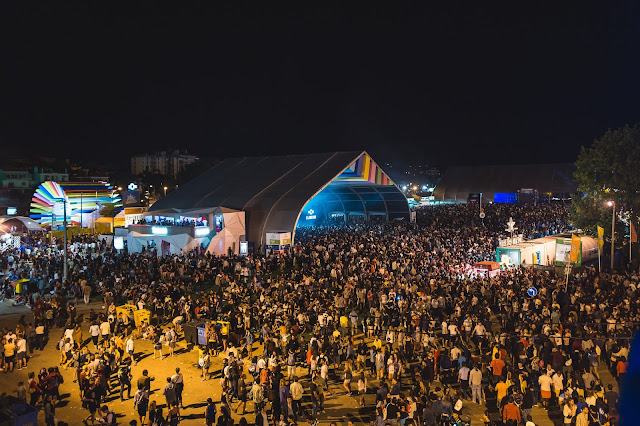 Something completely different but at the festival in their own right, London trio Kero Kero Bonito (don't be fooled by their Japanese connections), are throwing about some of the catchiest J-pop meets PC music songs right now. Their show on the Raw Coreto band stand stage gathered a whole new bunch of fans wanting to get photos with singer Sarah Midori Perry and her stuffed unicorn afterwards - no we weren't seeing things, they really are that 'kooky'. 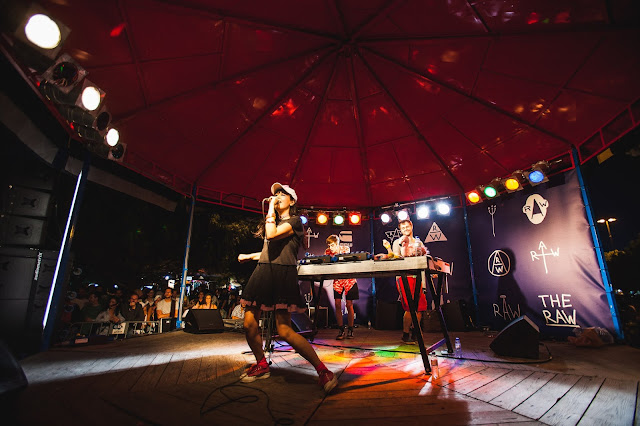 The last leg of Nos Alive was dominated by our friends across the pond with Arcade Fire putting on a confetti-fuelled headline performance finishing on one of the biggest sing-a-longs of the weekend with 'Wake Up'. After a short breather, Grimes tore apart the Heineken Stage with an electrifying set, only broken up by her innocent giggles and 'thank yous' to the crowd. It's Lady Gaga blended furiously with Major Lazer style production. The girl's got it all and left a thirst for more in our dancing limbs come the early hours of Sunday morning. 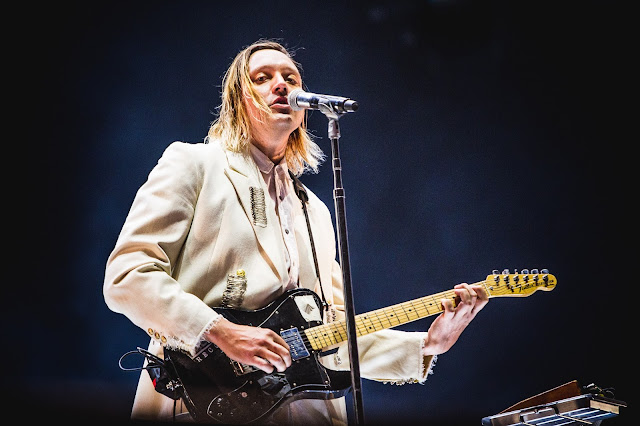 If that's not enough you can watch our highlights from the festival below: