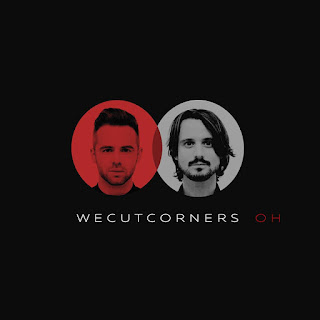 Oh opens like a book within seconds, you listen to a compelling love story where we see one half tells of their relationship doubts. Shuddered with a whirlwind of distorted guitar moments in the later half, We Cut Corners provides a emotional yet catchy single for their upcoming album. Dynamic vocal range and melancholic vocal hooks, it makes for a powerful release.

This single is the follow up to their summer radio hit, ‘On Avoiding People’, and the double a-side features a cover of Sinead O’Connor’s track ‘Mandinka’, featuring Booka Brass.

The self-produced album out in November, ‘The Cadences of Others’, was recorded in a church in the Dublin suburbs and was mastered by Josh Bonati (Sufjan Stevens, Mac DeMarco, Tallest Man On Earth). The album features contributions from Villagers’ Conor O’Brien on bass, members of Booka Brass and the Fratres String Quintet.

Both We Cut Corners’ debut and sophomore albums were nominated for the Choice Music Prize for Irish Album of the Year.