Posted by Alexa Wilde on December 01, 2016
The House VP is a project that is hard to draw comparisons from with it’s unique and intelligent approach to film-making, story telling and songwriting. The Brighton posse MOK fuse genres like Alt-pop and R’n’B in a mannered way. Shot on zero budget and filmed for 4-5 months, The House VP is a video project from the group that welcomes the band’s past and showcases these experiences that have lead the band to become who they are. 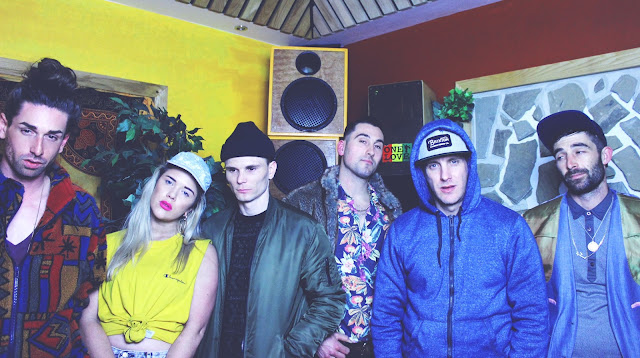 Four separate singles provide the elaborate soundtrack to the twenty-minute video. ‘The House VP’ captures scenes that flourish with evolving visuals and genuine performances. The visuals capture the personality and the harsh reality of the group’s own lives. The story shows a brooding situation developing with a character that encounters different lives and stories throughout suburban Brighton. “We chose to do ‘The House’ in a VP format because videos have always been a big part in how we present our music. This time we wanted to focus on making something deeply personal to us whilst at the same time pushing ourselves creatively”.

All the songs in ‘The House VP’ are a combination of experience and memories of our time together sharing a house. Friendship, excess, mental health, everyday life, highs and lows are all puzzle pieces that brings this body of work to life. You can watch the video here:
Words by Chris Graham
alt hip hop Alt Pop Brighton trap beats