Posted by Fred Bambridge on February 01, 2017
Tom Clarke of The Enemy has today announced that he is going to do a  "We'll Live & Die In These Towns" 10 year anniversary tour unplugged. In a post on facebook he said... " ... When We'll Live & Die In These Towns was first released in June 2007 I couldn't have imagined the love that people would have for it. Over the years it's been obvious that for many it's the defining Enemy album. It would be wrong then to let its tenth anniversary pass without so much as a nod to its importance. That's why I'm inviting fans to some very intimate shows to celebrate the songs from the
debut, stripped back to their bare essentials and played acoustically. 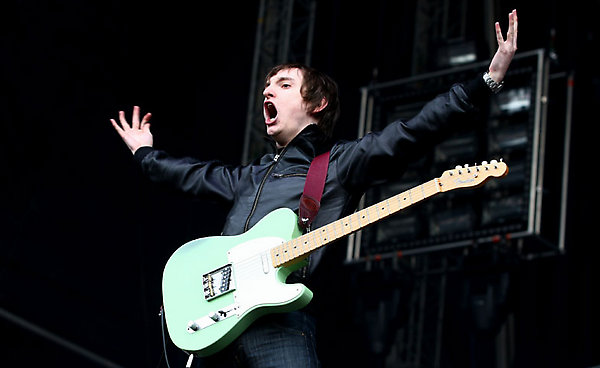 The idea is to play all of the songs from that first record as they were written acoustically, in an up close and personal environment with the people who love them, as well as playing a few tracks which The Enemy never really performed live because they didn't fit into the electric sets. These shows will be tiny, so tickets will be extremely limited. ... " 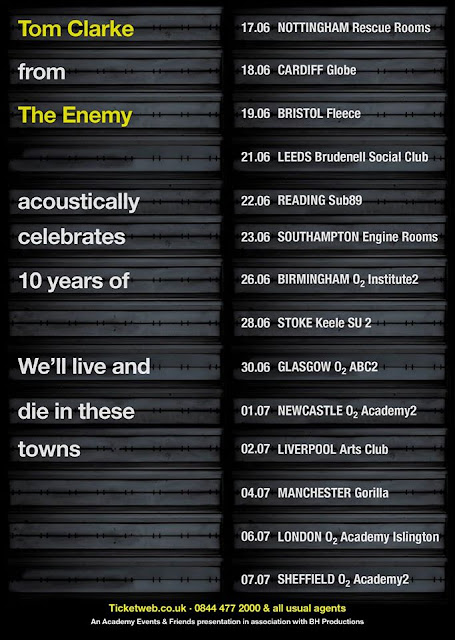