Posted by Cameron Poole on August 18, 2017
Yorkshire’s finest three-piece, the Jarman brothers, from Wakefield have played their part in altering the idea that a band must come from Manchester or Sheffield to be authentic. Despite Ryan’s current ties to Brooklyn New York, Gary’s to Portland Oregon and their younger brother Ross based in the UK, the group continues to maintain a strong connection to their hometown. 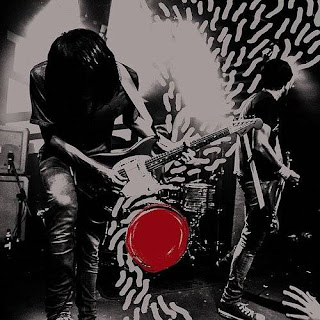 Appreciative of their fans and the people they work with, they never played the media game much, and it was refreshing to see a band say no to a range of promo activity recommended by management and label while many of their peers would practice the reverse tactics and seemingly gain commercially from doing so, however short-lived it might have been.

On 24-7 Rockstar Shit, the new album, they are staying true to what they were always about; super-catchy guitar riffs, independence and energy with an attitude and sound that both seem un-altered. They are still a classic rock and roll band with a DIY mentality, and on the seventh studio album, their energy and rawness is more explicit than ever before.

Back in July Ryan told the NME, “I think there has always been this part of us that wanted to make something more raw. When we started the band we never really pictured ourselves making records that got into the chart or got on the radio, it was not really what we envisioned.”

Reviving their grunge-DNA is definitely a good thing in this instance, and the new album sees them re-connect with Steve Albini. The last time they worked with the producer legend was in connection with In the Belly of the Brazen Bull from 2011.

Recorded in just five days, listening to 24-7 you instantly get the feeling it is the kind of album The Cribs always knew they were going to make one day but would have been unable to say when time might have been right. Timing is definitely right at this moment, and Albini’s recording technique and style, as if he sets up a live music session, is clearly evident and works a treat for The Cribs.
The album is far more than a world away from For All My Sisters, the band’s most poppy album to date and the closest they have ever been to adapting to ‘the market’.

Its title, which nearly got dropped by their label because of the swearing, gives the theme and lyrics away; a resistance to conventional rock stardom and the culture associated with it, all seen from a cynical grassroots perspective. 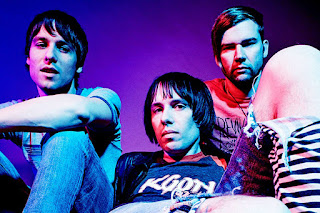 It is a very direct, instantaneous and intense record with songs such as Dendrophobia and In Your Palace see the band exploring new creative territory. But 24-7 is not just lots of noise and plenty of feedback for the sake of it, it is tuneful too. In a similar fashion to Nirvana’s Bleach, seemingly a clear source of inspiration, it is the measured blend of good tunes, rawness and punk ethos that create the intensity and energy and the likes of Give Good Time, Year of Hate, What Have you Done for Me and Rainbow Ridge being instantly likeable and of long-lasting quality.

The Cribs may well be grateful to their loyal fanbase but it should work both ways because there is every reason to feel grateful towards them and their music too.