The Big Moon unveil video for "Pull The Other One"

Posted by Fred Bambridge on August 21, 2017
The Big Moon have today unveiled the video for "Pull The Other One", which is lifted off their début album "Love In The 4th Dimension". Directed by Pooneh Ghana and shot whilst on tour with, and starring Marika Hackman, the video is a detective spoof that could only be from The Big Moon. 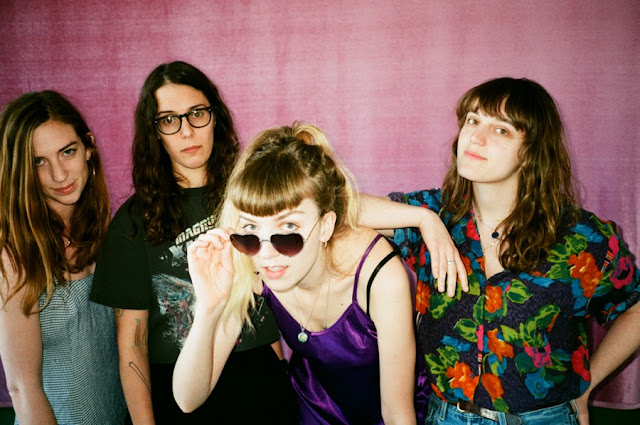 The London four piece’s début was recently nominated for a Mercury Prize – alongside artists like Kate Temptest, Loyle Carner, Sampha and more. Speaking of the nomination the band said, "We can't believe it! We threw everything into this record and made something we feel incredibly proud of. We are really so so honoured to be nominated alongside so many amazing musicians."