Posted by Benjamin Brown on December 14, 2017
Article by Kiera Dimmock

Izal, a Spanish indie-pop band, made up of Mikel Izal (singer and composer), Alejandro Jorda (drummer), Emanuel (bass), Alberto Perez (guitar) and Iván Melta (keyboard), can be compared to their Spanish counterparts Love of Lesbian, Iván Ferreiro or Lori Meyers.
With the band having already released three albums and played an extremely intense tour of their last LP, they have truly embraced us all. 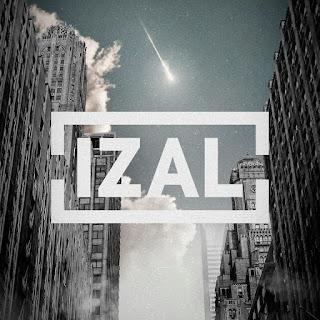 The band started the same way most rock bands do - in a garage.
And even though success and fame has arrived in an overwhelming way, they still remember and chat about that little band that started in a rat trap.
Their style seeks uniqueness yet we can find influences like Two Doors Cinema Club, Mumford and Sons or the Red Hot Chilli Peppers in their sound.
Their sound seeks melodic quality, combined with an easy and “pleasing brain digestion”, so the band have said in several interviews.

Comparing their three albums shows a big difference between the first two ones and Copacabana, their latest album. Their early albums are cleaner, tidier and uneven. The third one, however, shows us a more mature and elaborated sound. A tribal sound and a mix of trying to make us feel as if we were in two different scenes, heaven and hell at once, but always with good vibes.

With this last album they said goodbye some months ago, but we are sure that they won't disappoint us with their upcoming piece of art. Which can't be far away…