Posted by Chris Graham on December 12, 2017
September saw Amsterdam-based duo Secret Rendezvous release second album For Real, after a long-awaited six years since they burst onto the scene with debut album Paint the Town Red. Just over two months later, members Sietske Morsch and Remi Lauw have given the 90s influenced R&B sound of the album a unique twist – releasing six of its ten songs in a new acoustic driven EP.

After a few impressive single releases, the band gained personal attention from Pharrell Williams and spun it on his Beats1 radio show, while Pause Musicale, Vevo NL and MTV also followed Pharrell’s tip and supported.

Secret Rendezvous released their second album, ‘For Real’ Autumn this year, that featured singles 'Don’t Look At Me That Way' and ‘U Send Me Flying’. Their album takes you into an ethereal space of 80’s disco-tinged synthesizer hooks and wicked R&B vocal stylings from Sietske. 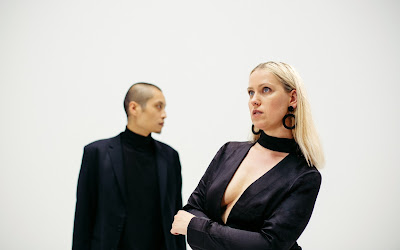 Now the pair has released an acoustic EP for fans to embrace, before the end of the successful year for the group. Band members Sietske and Remi Lauw have given another life to their fresh approach to 80’s pop and R&B. Combining a collection of bouncy bangers that ooze with slick songwriting, their second album 'For Real.' has already caused quite a stir online.

In what has been a successful 2017, Secret Rendezvous have made it clear why they’re one of the most appreciated musical acts in their craft. 2018 is sure to see the duo reach new heights.