Posted by Fred Bambridge on December 07, 2017
Any discussion on the best bands to catch and the best festival performances of 17 invariably includes Guildford foursome BlackWaters. Their crazy, frenetic live shows are a clear sign that punk/indie/guitar music (call it what you like) is stronger than ever with a new generation of bands creating that excitement every time they play. 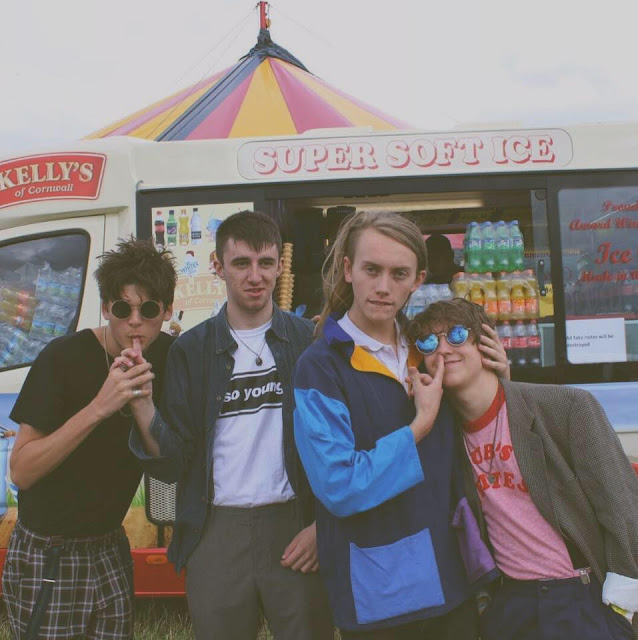 BlackWaters is Max Tanner, David Carpenter, Ollie Franklin and James Watkins but it just feels like there are loads more people on stage! There’s so much going on in every performance it’s impossible to absorb it as it happens. Setting the scene for a typical gig, the music builds with the anthem ‘Fuck Yeah’. Ollie’s hair shaking distracts and you miss David climbing the amps and Max disappearing into the crowd!! Absolute mesmerising carnage! Like an extrasensory overload.

It’s a fact that BlackWaters supporters just can’t get enough of the band. Playing the festival stages including Truck, IOW and Reading has elevated them to the next level exposing them to bigger and bigger audiences all singing back the lyrics and BlackWaters has completely embraced the opportunities with quick fire songs capturing everything this generation is about. And the songs stay in your head for days!

2018 is set to be a mega year for BlackWaters, they’ve already worked with The Libertines’ Carl Barât who produced their debut single ‘So Far Out’ after catching the band play live on the same bill as Carl’s sister Lucie. Check out their gig dates and enjoy!!