Posted by Chris Graham on February 26, 2018
Following on from their debut EP, which gained them performance slots at renowned festivals; Reeperbahn, Eurosonic and The Great Escape and as well as a 29-date, nine-country tour with Mighty Oaks throughout November and December 2017, Giant Rooks return with their newest EP 'New Estate'.

If that initial EP was what set the wheels of the hype-train in motion, it was the release of its follow-up, the New Estate EP (Haldern Pop Records 2017), which has cemented the reputation of Giant Rooks both in Germany, and as far afield as Austria, Luxembourg and Switzerland, something which stems from the routing of their first major headline tour, which saw euphoric fans and an enthusiastic press ensure most of the shows sold out completely. 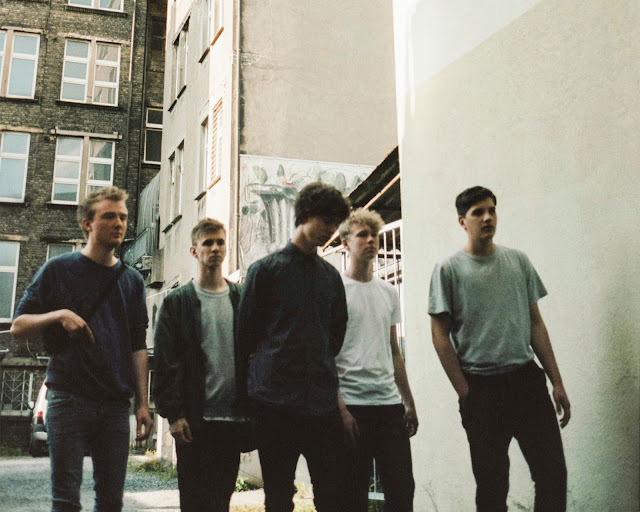 Managing to encapsulate the band's spacious optimism perfectly, the EP's title track 'New Estate' is both delicate and expansive. Built around a perpetual feeling of forward motion, brought by the rolling duality of bass and drums, and decorated by deft guitar licks and subtle electronics. Elsewhere, 'Bright Lies' offers up a darker, more brooding side to the band that's rife with percussive nuance, allowing Frederik Rabe's effortless vocals to really soar.

Far from being a band to rest on their laurels however, the aforementioned accolades are just the tip of the Giant Rooks iceberg. 2018 will see the band embark on their second major tour, with the 23 dates taking in shows in both The Netherlands, and the UK for their first official run of English dates; a set of shows that will see their burgeoning reputation expand further, offering yet another stepping stone in their inexorable journey towards universal success.


Catch them on their upcoming dates below