Posted by Fred Bambridge on May 16, 2018
Today we're premiering the new video from Crooked Teeth for their track "The American Dream". The London via Glasgow trio say the following about the track - "Growing up in the Nineties, we were spoon fed this prophecy of a Western utopia of wealth and uniformity. This song is just a reaction to that mirage and is driven by the effect that thousands of events like Oklahoma and Columbine have had on us."

The track has layers of sonic sounding synths, oozes plenty of melodies and is written with a dance-floor intent and processed beats which gives an edge to it, think New Order if they formed in the late 2010's. 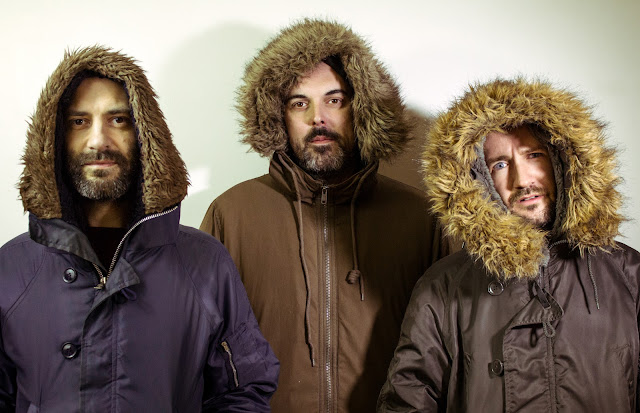 Three years and numerous gigs later, Crooked Teeth have crated a distinctive sound and the band a s a whole has evolved, utilising analogue electronics, big beats and psych pop in equal measure. Several key live showcases will further stoke the buzz around Crooked Teeth this summer, among them a prime Saturday slot at the Great Escape Festival.