Our top picks for Wilkestock festival

Posted by connorpwillis on June 04, 2018
Festival season is very much underway now, and there's no reason why we can't be excited for some of the last few at the end of August and beginning of September - one of them being Wilkestock, in Hertfordshire. Mixing established acts with local talent, this is a 3 day festival taking place to raise money for Bloodwise, a Leukaemia research charity, and Keswick Mountain Rescue Team (KMRT).

With the next three months likely to fly by, we thought we would take a look at some of the best picks for the weekend... 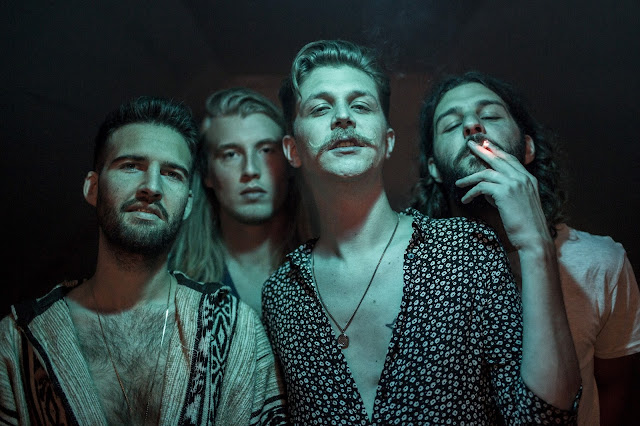 With effortless vocals and indie-pop melodies, Sarpa Salpa come with a 100% guarantee that they will blow you away. Based in Northampton, the quartet are taking the local scene by storm and are, no doubt, about to starting turning heads across the UK. Be sure to check them out on the weekend for a set full of prodigious choruses, euphoric emotions and a whole load of dancing.

Set to stun crowds, Cabbage are on the line up to create some real chaos. Amongst the family friendly artists and your typical "festival bands", it's these guys who are going to put on a show you can never forget with their witty anti-establishment lyrics. Introduce hits such as 'Kevin' and 'Terrorist Synthesiser' to the equation, and you might start to understand why this is going to be a truly remarkable moment.

What do you mean you haven't heard of Sea Girls? Appearing on almost every festival line up across the UK, chances are you have read their name at least a couple of times. Take one listen to 'Heavenly War' and picture the fields of Wilkestock coming together to join, frontman, Henry, in jumping around at the front. Having recently taken the likes of The Great Escape and All Points East by storm, this four piece are ready to show Hertfordshire what these newcomers can really do.

One of the last new bands to gain a full feature in NME, local heroes, Blushes, are becoming the definition of party. Funk-fuelled bass lines, choruses meatier than the Greggs' front of house, and a journey across several genres, the Aylesbury quartet are extremely qualified when it comes to entertaining the audiences. Don't forget about the showmanship that floods out of the vocalist's, Bradley and Tiffany's, performance - that's some extravagance you might never be able to prepare for.

Easily one of the best live bands in the UK right now, it's the Blackpool boys who will make you want to throw your pint in the air and run to the centre of the mosh pits, catching the band members as they begin to crowd surf. If you thought the punk scene had no proper frontmen, you haven't seen Strange Bones. Whether they play on the main stage or one of the tents, the whole space will quickly become dedicated to the quartet. If anyone should be top of your list to see, it's these guys - as long as you don't mind the risk of a boot in the face, a surge of energy rumbling through the crowds and a fan base you have never seen before. Get those "Na na na" sing-a-longs ready.

Watch out, The Scruff are about. If we're going to give these a title, it's the most loveable. Instantly likeable, the Bedford legends are set to return to Wilkestock once again due to their crowd-pleasing sets which transition between brash guitar melodies to soft toned anthems. Juxtapositions galore, you will be lucky to find a moment when you're not trying to pick their music apart and find the golden moments that sit subtly within songs smothered in success. At what point do we crown them kings of the festival? We already know they are going to get one of the best reactions of the weekend.

Check out the full line up and buy tickets here.