Posted by Fred Bambridge on July 23, 2018
Formed in 2015 by three friends with a desire to do something loud and exciting, the Bury St Edmunds based band, Gaffa Tape Sandy, have launched their epic new single "Meat Head" with it building on their high-octane previous releases such as "Beehive" and "Water Bottle".

The band say - " ... "Meat Head" was written as an attack on the type of mind-sets people harbour which involve believing that they somehow own or have the right to the body of another person. The song is intended to be a pointed finger, an accusation and a vexed comment aimed towards reckless attitudes that exacerbate rape culture. It’s a topic we feel strongly about, and so wanted to perform with passion and indignation". 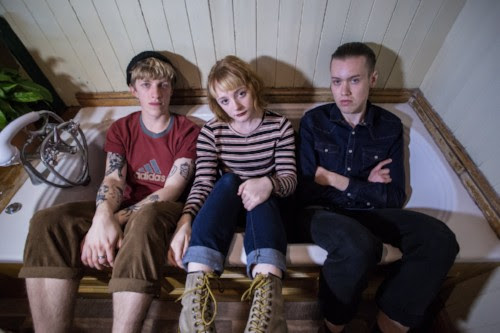 The new track comes right at the perfect time of year, just before the festival season is in it's peak in Europe and sees the band chance up the vocal duties once again, which just gives the trio even more depth. This track really does tick all of the boxes for us, so why not head on down below and check it out.