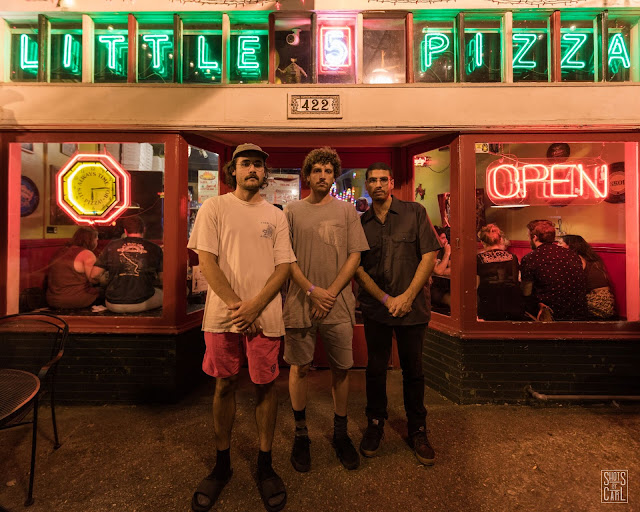 Genre-defying trio Exmag exists in a colourful space between like the likes of synth-pop, funk, hip-hop, soul, disco and many more - masterfully arranged around a sharp production mentality that refuses to conform.

Upon first listen to the two-track project Glimpses of a Vision (which was released via Majestic Casual), and it'll sound out of place in time in the best kind of way - sounds like the ones found in this project haven't been fully exercised for years but are executed in a way that puts Exmag ahead of the curve, no doubt setting trends for years to come.

"We’re really stoked about this release. We had a great time getting to know Ehiorobo, and producing the track and video for “In This” was a really effortless, communal process. “Amável” was a new style for us and gave us a glimpse of where our music could go next. This record is more closely aligned with what we want to make than ever before. Sometimes your favorite songs fall on deaf ears but we are really thankful Majestic Casual chose to release these two together with us. ‘In This’ came together really naturally. Ehiorobo was a perfect fit. Everyone came together and we actually had the great party that is being depicted in the video. A big thanks to Ehi, Nesmith Films, and our awesome friends who made this whole production happen so effortlessly."