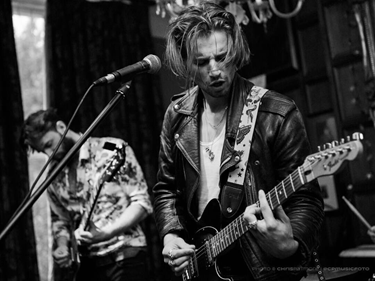 Explosive, raw and direct the new track is a classic segment of rock and roll riffage and there's a sense that this only marks the start of what's to come from the four-piece.

The band's frontman George Wilkins told It's All Indie,“To put it plainly, the song was inspired by the late great Lemmy Kilmister and his fans. To me, he epitomises ‘Hellraiser’, a live by your own limits attitude, yet without glamorising it. He’s as truer Rockstar as you’ll find and was a huge character. The music scene is a much lesser place without him."


The band have a string of sold-out UK shows to their name, having built a word-of-mouth following as somewhat of an enigma.

The release coincides with a run of UK dates, including a headline show at the infamous Water Rats London on February 23rd, and shows in Leeds (sold out), Manchester and Birmingham, before the band move into a busy festival season with slots at Camden Rocks, Tramlines and The Great Escape already confirmed among others.

Dirty Orange London one to watch in 2019