[INTERVIEW] with.. Simon On The Moon

Posted by Chris Graham on February 04, 2019
Bending genres and painting vivid sonic landscapes, Swedish artist Simon On The Moon is one you need to get to know. With a knack for producing R&B pop with captivating funk, his music (..that he dubs “social realism-R&B”) will make you want to drive fast in an old Volvo through a rainy night.

From growing up on Beatles and Backstreet Boys, while playing in various bands and DJ-ing, he naturally found his own unique voice in production.

Spending time writing between Sweden and LA, all while sharing a studio and working closely with Frank Ocean producers Jarami - the Swedish one-man band has been working to release a full-length EP, ‘Milk’ (set to drop in March).

We caught up with him to gain further insight into this and to what set him on this musical journey.

For readers who might not know you, could you tell us about your background and how you got into music?

I’ve always had music around, since I was like 3 and heard Eros Ramazzottis “La Cosa Mas Bella” and went crazy, music have always affected me deeply. Playing and making music began when I was around 12-13 and started a screamo/hardcore band in my hometown.

I later moved to Stockholm with another band I was in and played a lot of small clubs and stuff. We did a lot of psychedelic rock, at the same time I started to Dj at local hiphop/R&B places, so I guess I come from a pretty diverse musical background. I have love for all kinds of music as long as it speaks to me. 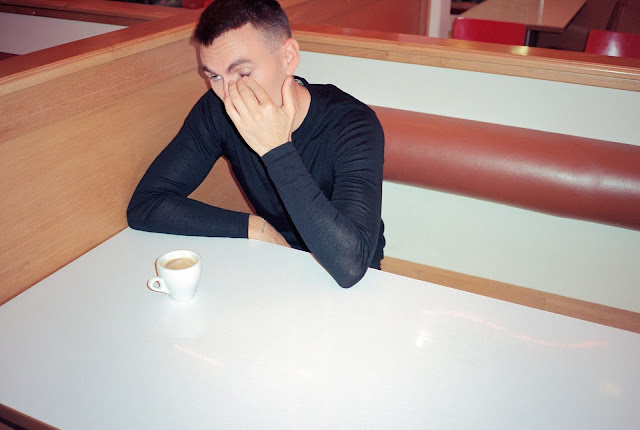 As a producer and an artist, who are your influences?

Your songwriting feels very homegrown and its got a distinct DIY feel to it, do you feel this is something you present throughout your music?

I started producing when I was in the psych-rock band, and I’ve always wanted to learn how to create what was in my head without limitations.

With time I learned that, but I also learned that you can communicate honesty, sometimes even better, without a lot of fancy gear. I basically have a guitar and two mics, a “Shure” and my IPhone, and don’t really want more stuff atm. I like the challenge of it. I rather spend my money on a dirt-bike or something.

You’ve been working with Frank Ocean producers Jarami, how did this collaboration come together?

The universe mysteriously brought us together.

Your new single ‘Lied 2 U’ is coming out Feb 15th. Tell us about the song.. How did it come together?

Me and my friend stayed in a depressing Airbnb in LA and had nothing to do one night. We were watching an old clip of Pharell and Justin Timberlake when they were working on “Rock Your Body” and got inspired. So we wrote the majority of it there, then I took it home to Sweden and finished it in some cabin in the woods.

As well as music you are heavily involved in the artwork design with photographer Carl Larsson, does music and creating art go hand-in-hand in your creative process?

Me and Carl try to find the weirdest places and go there to take photographs. It's the best way to see the world.

It very much does go hand-in-hand for me. I´ve always been painting and designing stuff and sometimes a visual idea can spark an idea for a song. I kind of hear what I see. If the visuals suck it can ruin the music.


You have an EP in March planned for release following the single, do you have plans to play shows following it? Or to release more music?

I´m working on a live show, but nothing can be announced yet. A second EP and other surprises are on the way… It won’t be a boring year!

When the EP comes, please don’t be so 2019. Put your phone on flight-mode. Listen to it song by song in a dark room, at least once. Look for the easter-eggs…