Posted by Chris Graham on February 14, 2019
Having played a range of renowned festivals across the world like SXSW, CBGB, Reeperbahn and their local – Sziget and supporting the likes of Deep Purple and Rival Sons, Hungarian self-coined glam-psych rockers Ivan & The Parazol return with latest single ‘When I Was 17’.

Setting a flamboyant scene, the track captures the freedom of youth and frontman Iván Vitáris references the ‘70s – not just through style – but also in his citations of Ziggy Stardust, time-warping us back to times of Volkswagen camper vans, and flared jeans.

Though the ever present sub-text is something of the past, the quartet write music that’s fresh and fully adapted with its compelling production quality, from Grammy-award winning Wil Anspach, who’s worked with Muse, Red Hot Chili Peppers and many other big names.

The band talk more about what it means to be 17; “Our teenage years define our whole lives. It doesn't matter if you're 47, if you used to listen to Ziggy Stardust, you still wanna paint a lightnin' bolt on your face and show people when you're from.” 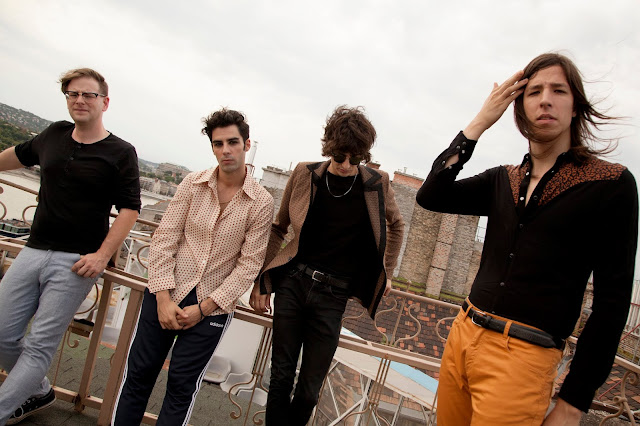 As a rock n roll band, all of our main goals, dreams were created when we were, like, around 17. This teenage heart, curiosity, zest, and love is something we can’t and won’t lose. It is the cradle of our existence. Cause it’s still a better way, to have a little-little-little rock n roll in our souls!”

You can catch Ivan & The Parazol live on the 16th April at the Sebright Arms in London, as part of their European Tour. They release their third LP ‘Exotic Post-Traumatic’ via Butler Records on the 22nd March 2019.

Find out more about Ivan & The Parazol here
https://ivanandtheparazol.com/