Posted by Fred Bambridge on April 15, 2019
Suzi Island have revealed the video for their latest single, "The Real Life", which was one of the songs they performed live at our Blogtober Show back in October 2018. The Brighton trio have been on the rise since their debut single "Show Me The Way" and each song is an exciting 3-4 minutes worth of Electronic infused Indie-Pop 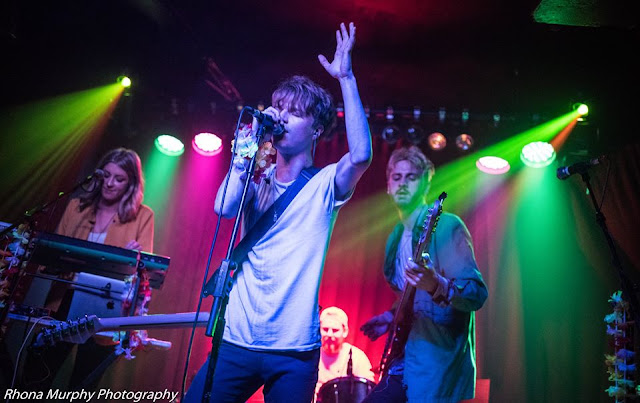 The video features some of the band’s personal footage that they've captured over the years which is projected onto them as they introduce some tight choreography, and fun, into a video that also serves as an exciting taster of the energy of Suzi Island’s live shows. Speaking about the video Hugh says - "The projector footage that you see scattered throughout, for us felt really personal, as it’s stuff we shot in our own house, over a long period of time. It’s really reflective of us and who we are."