Stella and her band’s (“finally made some friends”) energy is infectious, from the first tender pluck at the guitar to all the silly anecdotes about writing a world-famous EDM song that’s “nothing like Sandstorm by Darude” to the way she smiles heartily with her bandmates during wordless interludes. Stella Donnelly explores the kind of cuddle-core guitar pop (or as my flatmate calls it, ‘Jangle Pop’) that will not be out of place in a local used bookstore in Hackney. But the Australian singer-guitarist is hardly the retiring type. “Your personality traits don’t count/If you put your dick in someone’s face/And no, it’s never too late/We sat there silently while you kept your job/And your place and your six-figure wage,” she sings on her #Metoo masterpiece ‘Old Man'.

Opening with restful ditty’s ‘Grey’ and ‘U Owe Me’ (a song about her old pub boss and terrible tasting VB), Stella opens on her own and brings the crowd to a tentative silence. Her gently conversational singing and drollery evokes a praised likening to other indie-rock real-talkers from Belle & Sebastian to Courtney Barnett and Free Cake For Every Creature. But her triumphant, and yet underrated, debut album ‘Beware of the Dogs’ is almost expertly executed. And so is the lead track on its own terms, leading up to a crescendo as she maps the anxieties of a 20-something year old. 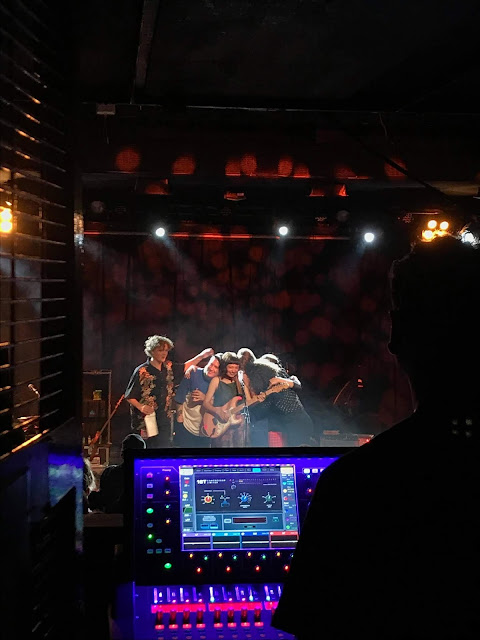 Her charm works its way into ‘Mosquito’ – a tender experiential millennial song about love and a vibrator that she regrets her mother heard about on the radio. “Stella, I’m wearing a disguise to work,” she mimics in a strong Welsh accent that she finds difficult to shake for the rest of the gig. Her accent is a wonderfully curious mix of her upbringing between Perth, Australia and South Wales that is flavoured by her quick English wit and just the right amount of swearing. Her gentle voice takes us softly through the “break-up song” ‘Allergies’ – the sequel to the previous “love song”. Her tone, a refreshingly sweet one that juxtaposes the rawness of her writing material.

‘Boys Will Be Boys’ is the only moment Stella’s voice quivers under a slight rasp, as she references the recent #MeToo movement in a personal narrative. It’s a soul-touching moment, one that brings the entire crowd to silence. A song that Stella intended at first to only be heard by a handful of people, she gained quick attention for her 2017 song – a meticulous indictment of rape culture that’s an unshakably powerful centrepiece. “Your father told you that you’re innocent/told ya women rape themselves,” she sings over a guitar that’s pointedly ironic in its reassuring softness, making every line feel more devastating than the last. 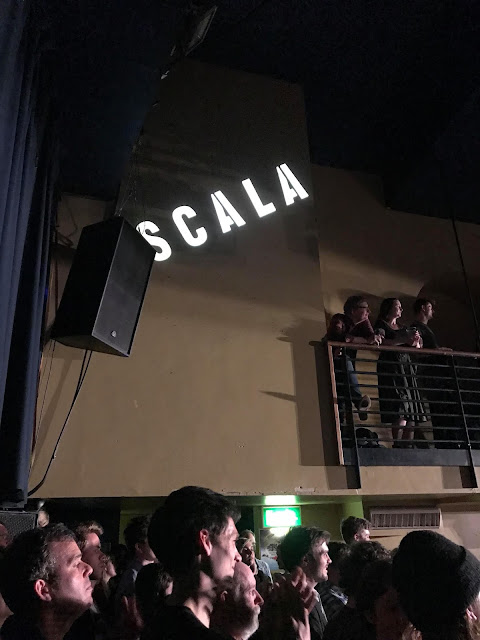 Elsewhere, she returns to wield her wit as a weapon against a world that shows little interest in meeting her expectations. ‘Old Man’, ‘Watching Telly’ and personal favourite ‘Season’s Greetings’ are jazzier live and induce some of the first out of character movements from a typically invested but static London crowd (yes, this is the northerner coming out of me). ‘Watching Telly’ turns what should be a simple, funny bit of comedy into a commentary on the link between sexism and capitalist commodification (apparently). The combination of humour and craftsmanship means she always makes it out of the deepest situations looking like a hero.

‘Bistro’ and ‘Die’ provide the “electronic” part of the evening (see the aforementioned link to Darude). Stella Donnelly has been on a hell of a ride this year, releasing her debut album to widespread love (including here), touring to adoring crowds, releasing great videos and generally winning hearts everywhere. She and her band wrapped up 2 months of touring this week with this excellent show at London's Scala, but to add a cherry on top is the release of the video for album highlight 'Die'. And even in her live shows Donnelly and guitarist have some hilarious dance moves that emphasise its effervescent playfulness. The video goes the other way, taking 'Die' to fatal extremes - but with a comedic twist. With Donnelly taking up several roles, the video plays on several classic horror and noir tropes, all glued together by the singer's energy. Watch below.

‘Tricks’ takes on the perils of dating a selfish drunk, and affirms how incredible it is to watch an artist so emotionally in touch with the goings-on of the world around her, able to translate that into gutsy lyrics that still feel somewhat uplifting. “I need to be alone” she calls; the sentiment of ‘Mechanical Bull’ not lost on a generation surrounded by a constant buzz. In the moments she sings about love, she smiles, and in the moments sung about hate and pain, she smiles. I know it should just be about the music, but it’s impossible to separate the person from the sound in the case of Stella Donnelly.

Rounding out the gig, she chooses to return to a soulful rendition of cult classic ‘Mean to Me’; reminiscing about her embarrassing EP album cover and now “not so funny” title ‘Thrash Metal’.  Her eyes flicking back and forth between individual faces in her crowd, each one of them completely absorbed by her energy. I even hear people singing along (shocking I know). 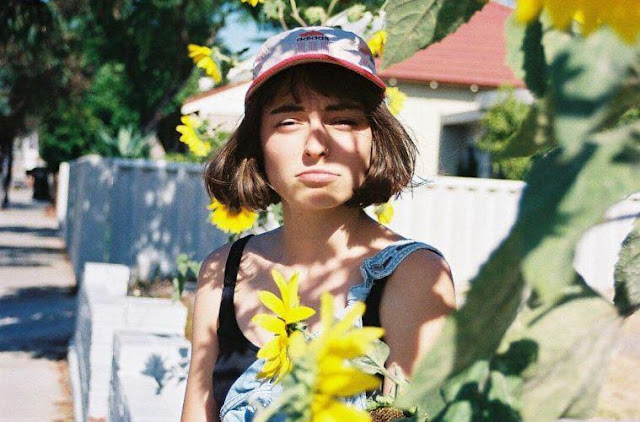 Returning to the stage for an encore cover of Cyndi Lauper’s ‘Time After Time’, Stella and band sing along in joyful end to a fantastic tour. They even share the gifts they have picked up on the way, including “Tesco’s finest frisbee” and “a soccer ball, I mean football, from a service station in Dublin”. The performance contains so much of the performer in the case of Stella Donnelly: everything about her jaunty strumming to the way she jokingly flaunts her dance moves shines brightly with sanguinity. Her final words to us on remain clear in a world consumed by confusion, “I love you all so much.”