Posted by Fred Bambridge on May 07, 2019
The Dirty Pennies formed back in 2012 when Ryan and Lucas wanted to eject new life into the New York state music scene. Their approach to their music later got the attention of Joe in 2015 who joined them, and the band as we know today was born. 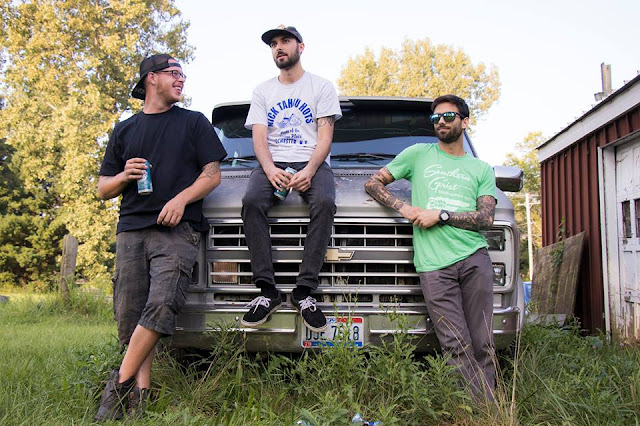 The band's latest single is from their brand new EP, and the video for it is out now. I like how the band kept it simple here and rather charming. It starts off with the band ending their set, with a rather tongue in cheek few dollars being given to them after the set and a solitary fan clapping, something that can easily resonate with many bands these days. The rest of the video is the members of the band doing their day to day business, housework and tedious door to door selling (I feel you there).

Speaking about "I'm Giving Up" the band say "The song embodies the feelings of becoming complacent, giving up on ones dreams, and coping with the fear of failure leading to a potentially miserable life in dead end job."