The Kiddiwinks share their meaty new single "Elephant In The Room"

Posted by Fred Bambridge on May 02, 2019
London based Garage-Rock band - The Kiddiwinks - have recently released their single "Elephant In The Room" and it's a real meaty affair with some crunching guitars and juicy hooks. The band got their heads together last November and started doing some work on new material, and "Elephant In The Room" is the first piece of work they're releasing, and it's a great taste of what's to come from an exciting new band from the capital. 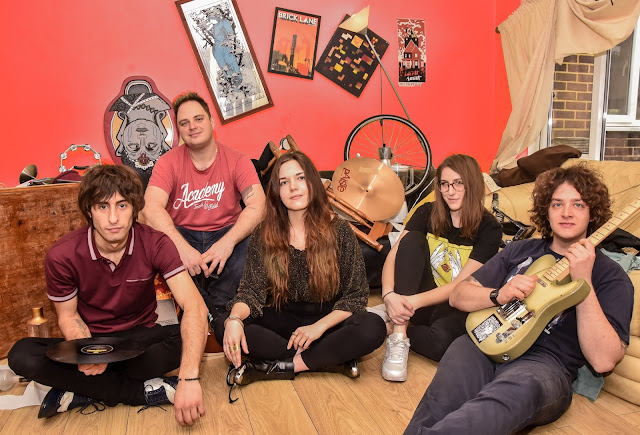 Their influences range from The Beatles to Arctic Monkeys via Black Keys - and you can definitely hear a flavour of the former two with the tempo of the song being perfect for a live show setting with plenty of people going bonkers. It's rock and roll that's suitable for everyone, which is something a lot of bands don't target enough, a wide. A variety of sounds all in one, rock and roll for everyone - what's better than that!

So head on down and check out "Elephant In The Room" now.