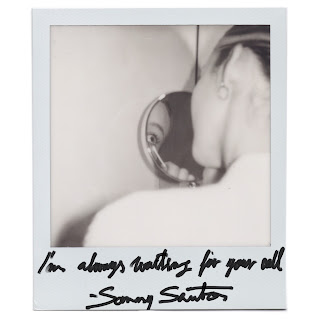 'swear 2 g-d’ is the powerful debut single off Sonny Santo’s upcoming album ‘Hotel de Londres’. Santos, who is now based in London, has collaborated with a wide range of artists for his album. For the first release, ‘swear 2 gd’, he has invited Billie Marten, who was nominated for the Sound of 2016 award.

Santos has recorded the emotional duet with British songwriter Billie Marten with additional support from Matt Ingram and Nick Pini of Laura Marling’s band on drums and bass.   The beauty about Santos’ and Marten’s collaboration is the raw simplicity of emotions and the lack of a heavy instrumental presence that really showcase both their talents. ‘swear 2 g-d’ is a heartfelt teaser for Santos forthcoming album, which he has recorded in both London and his hometown, New York City. He sees his music ‘as the captured memories of a man always caught in between, trying to stay sane and find stability in a transient life,  but never quite fitting in.