A five-track release, ‘Superdream: Analog Sessions’ is made up of acoustic versions of select tracks from Superdream, Big Wild’s acclaimed debut album. The forthcoming EP marks a shift in musical direction, as the artist has reinvented the electric originals into delicate and emotive pieces, presenting an entirely new sound. 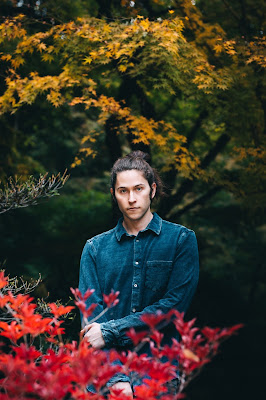 On the project, Big Wild explains: “The Analog Sessions distill the essence of each track in a way I have never done before. I worked on peeling away the production from my favorite songs off the album so that what remained was intimate and raw. I love how ‘Superdream: Analog Sessions’ feels like a completely original body of work even though it's based off the album.”

Lead single ‘No Words (Analog Sessions)’ allows Big Wild’s vocals to shine, paired with unadulterated instrumentation. Big Wild affirms, “this version is a balancing act between rawness and refinement, which to me, is at the core of the song.”

Additionally, Big Wild gracefully reinterprets ‘City Of Sound’, ‘Maker’, ‘Purple Sand (My Home)’ and ‘6’s to 9’s’, which features the vocals of London-based singer-songwriter Rationale (one of the first artists to be signed to Dan Smith of Bastille’s Best Laid Plans label) in the same manner.

Released in February, Superdream received high praise from NPR and Billboard, amassing over 30M streams to date. The album challenged the boundaries of electronic music and transcended genres, with funk and disco undertones bolstered by alluring indietronica.


Away from music, Big Wild is a passionate environmentalist, recently working on a collaborative video with the Natural Resources Defense Council (NRDC) that featured his track ‘Pale Blue Dot’. With footage provided by filmmaker Roger Fishman, Big Wild delivers the film’s voiceover, speaking to the urgency with which we need to address climate change and calling upon viewers to demand action from world leaders.

Last week, Big Wild celebrated the end of summer with a sold-out headline show at Red Rocks Amphitheatre (Colorado, US). He will head back out on the road this October & November for a fall headline tour comprised of over 20 dates across North America. The Superdream Tour sees Stell bringing the album to life via a brand-new live show, replete with instrumentation and accompanying vocalists.
[NEWS] Analog Sessions Big Wild Counter Records No Words November october Red Rocks Superdream Tour