The triumphant, six-track release sees Lulu tap into her Tanzanian heritage, particularly on rousing single ‘Zim Zimmer’. A collaboration with DJ MAX, Rudimental’s Amir Amor, local musicians and the Masai warriors of Lucas camp in her hometown of Arusha, the track is a product of Lulu going back to Africa to reconnect with her family, her roots and the music. 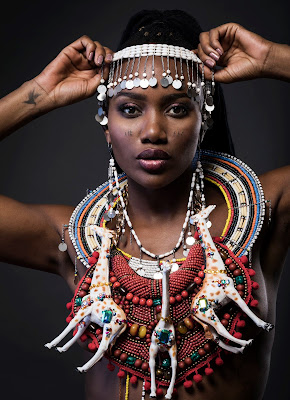 Swapping Kilimanjaro for South Shields aged just six, Lulu’s scintillating voice saved her from what was a turbulent upbringing. She has previously collaborated with some of the world’s most revered DJs and producers on her more electronic-oriented releases, including Gorgon City, Jon Hopkins, Kidnap and Lane 8.

Her atmospheric vocals and powerful performances have also taken Lulu to some of the world’s most renowned stages, including Glastonbury, WOMAD, Coachella, Red Rocks and London's O2 Arena.

Her first EP in five years, ‘3rd Culture Kid’ is evidence of a genuine talent who continues to grow as an artist.