Posted by Fred Bambridge on January 01, 2020
MULIMBA (aka Ash Mulimba) has today unveiled his debut single, "DAMN", and is his first piece of work since HAUS - who broke up in 2018. The track is signature Mulimba as his swag vocals are still just as on point as ever, but with even more attitude and soul if that's at all possible! Since his foray into the singer-songwriter side of the music biz he's been working hard at work, as seen by his studio and vocal booth clips on his instagram for the past few months. 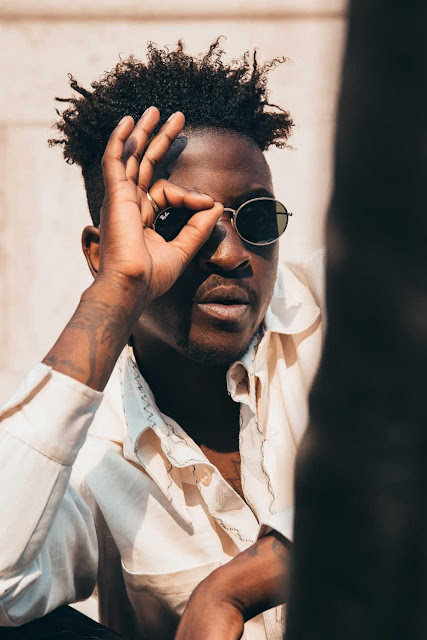 Ash has always been an out and out musician, initially picking up the guitar for HAUS and doing backing vocals, he then stepped into the limelight as the band's new lead vocalist and they went onwards strength to strength. This new chapter in his life could be the best yet for him, and judging by the debut single it's going to be a whirlwind!

Speaking about the new single Ash reflects, "to me DAMN is a reflection on all past times. Good ones and bad ones, it can be a reflection of a relationship, an old childhood memory or friendship, your first day at school, the first gig you went to etc, anything. The point is no matter how bad or how good the past time, you should always remember it because it's the one of many that have shape you into who are you are today."

2020 will see MULIMBA play an awful lot more shows, and based on the live shows he's played so far it's going to be brilliant, expect a tour at some point and his debut EP to drop too. Follow him on all of the socials to stay in the loop!