Posted by Fred Bambridge on April 27, 2020
Hailing from sunny Brighton on the South Coast of England, Creature Creature have shared their thrilling debut single ,"Video Nasty". The track is a double whammy for the quintet as it also will be appearing on their debut album "Two Finer Tantrum", which was produced by Feeder's Tommy Gleeson.

Speaking about getting Tommy on board they said - "We met Tommy Gleeson at Beautiful Days festival where he was performing with Feeder. We asked if he’d be interested in producing our first album and once he heard our demo work, he agreed. We hit the studio in the summer of 2019 and are now working towards the release of the album." 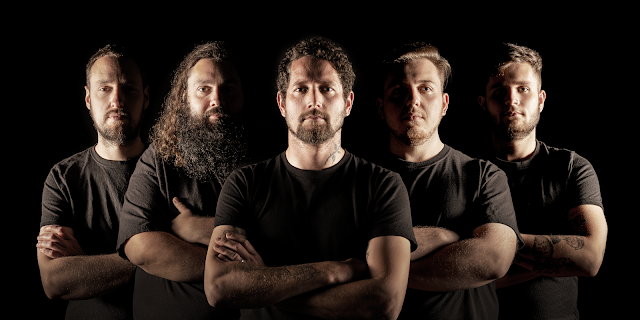 Having suddenly appearing on our radar out of nowhere, the band started their own journey as a proper DIY band. With no contacts to give them a leg up, little money for recording etc, it's been a labour of love from day one. There is one thing these guys have, and it's determination!

You can check out the slick visuals for the debut single just below too, something to really sink your teeth into and something to get excited to see live when self-isolation is over. The guitar hooks are meaty as a chunk of beef, thick and chunky, solid basslines and a chorus that'll have you singing along from the second time over.