Posted by Fred Bambridge on April 01, 2020
FOXHAUNT last week dropped an absolute stomper of a new tune, "Trust No One", which from the off is a crunching and massive track from the York quintet. The band formed in 2018 and sold out their debut hometown headline show back in September 2018 and have since been growing as a band both live and recorded. 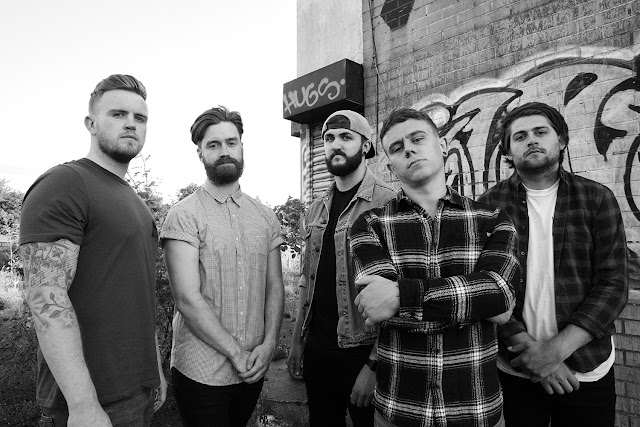 The new offering as similar vibes to that of the heavier side of Don Broco mixed with some electronics and the dominating vocals of Linkin Park and Alexisonfire. The five-some have really hit the nail on the head with this one being even better than their last effort, "Dirt", of which was released in 2019. "Trust No One" is a real statement from a band that is already well known on the Yorkshire music scene and sounds like they're ready for the next level, as this song really does as a lasting impression on the listener once it ends.

Be sure to catch them live when they're playing next as their live shows are just as energetic as their recorded tunes, and let's not forget to share the love and give them a follow on the socials too.