Posted by Fred Bambridge on April 15, 2020
Mosaic Sun earlier this month unveiled their shimmering new track "Deeper Breaths". The duo from Newcastle have been together since 2017 and this single is the first track to be released since their 2019 tune "Castles".

"Deeper Breaths" is the first track to be lifted from Mosaic Sun's debut album, which is due for release later on this year. The track is filled with vibrant hooks and energetic guitar lines, giving it a shimmering vibe, one thing is for sure that the duo can really make some catchy indie-pop anthems. 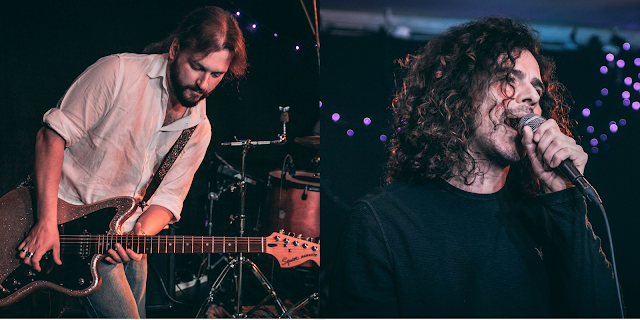 Speaking about the new single Nabor (Vocals) said - "I think everyone can relate to "Deeper Breaths" in one way or another. That feeling of having to push through work or a social function. Despite this, we put a positive, optimistic spin on the song to deliver that message"

It's a big statement from the band releasing this track, with it showcasing how they've developed so far and highlighting what they're capable of. No doubt their debut album will be as exciting as "Deeper Breaths". There's one way to stay in touch with the band is to follow them on the socials and be sure to check out their Spotify for more tunes, there's definitely more to come.