Posted by Fred Bambridge on May 21, 2020
Having has FloodHounds on the site before, when we found out they dropped a raucous new single "Something Primeval", we had to share it with you all. The Sheffield trio's first single of 2020 follows on from their previous single "Out of Time" and their 2019 EP "Always in Sight".

The three-piece have refined their sound since the early days and now they find themselves providing meaty tunes with plenty of punk and rock guitar tones. While on the rise the outfit have played at Isle Of Wight Festival, Liverpool SoundCity, and even heading over to Paris in France to wow the European crowds.

Much love has been shone their way since their inception with their previous single being picked by BBC Introducing as their 'Record of the Week', which came to no surprise to their fans no doubt. 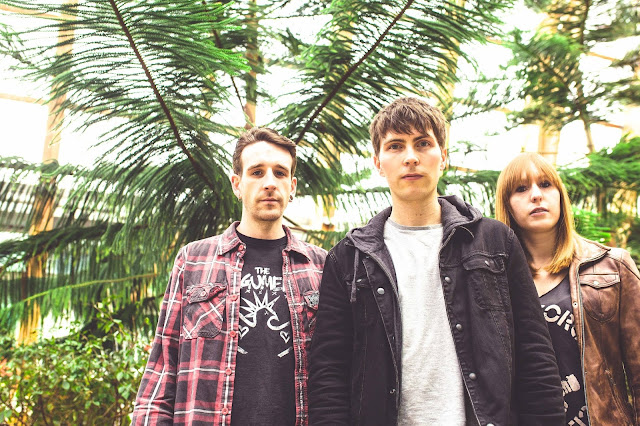 "Something Primeval" is an out and out rock anthem, with the meaty fuzz laden guitar hooks just waiting to get you in and draw you closer. There is something amazing about FloodHounds, they're one of those bands that we've been listening to since the early days and still wow us release after release.

Having shared stages with the likes of  PINS, Calva Louise, The Blinders, BlackWaters, and Saint Agnes, it sounds like some of their peers' sounds have rubbed off on them too, giving the new single more of an edgier vibe. "Something Primeval" was the result of a crowdfunding campaign that allowed FloodHounds to work with producer Thomas Mitchener, (of Frank Carter & The Rattlesnakes).

The track is going to be one we are going to be repeatedly going to play here at the office, and we feel like you'll be doing the same too. FloodHounds, remember the name as they'll be playing massive stages soon, you wait.