Posted by Fred Bambridge on September 01, 2015
Acclaimed Mercury nominated British band The Maccabees are releasing "Elephant Days", a fascinating feature length documentary film about Elephant and Castle, the under-appreciated area of London which houses their studio and inspired their fourth album, the Number 1 selling "Marks To Prove It". It has been announced this morning that the film has been accepted into the prestigious BFI London Film Festival, and will have its global première as part of the festival on October 12th.

You can watch the trailer below. 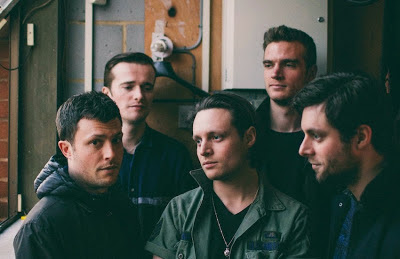 "Elephant Days", commissioned by The Maccabees and Fiction Records, directed by James Caddick and James Cronin, weaves together seven day-to-day stories from the local area, including the band writing and recording their latest album. Throughout the film a musical score specially created by the band accentuates the mood, featuring elements or songs from "Marks To Prove It".

The band are set to embark on a huge US tour throughout October and then dates in the UK in November and January including two shows at the Brixton Academy, The Maccabees are a band at their peak.

London Film Festival tickets go on sale to the public Thursday 17 September via the BFI website.