Catching up with the guys from MINT after their headline/homecoming Christmas show was a pleasure. Here’s what they had to say...

Guys, great set, really enjoyed it but firstly for readers who may not know who you are, can you just give us a bit of insight into MINT?

Adam. Couple of us met at college and just going around doing guitar things. Zak then actively looked for some more members and found the best musicians we could basically. 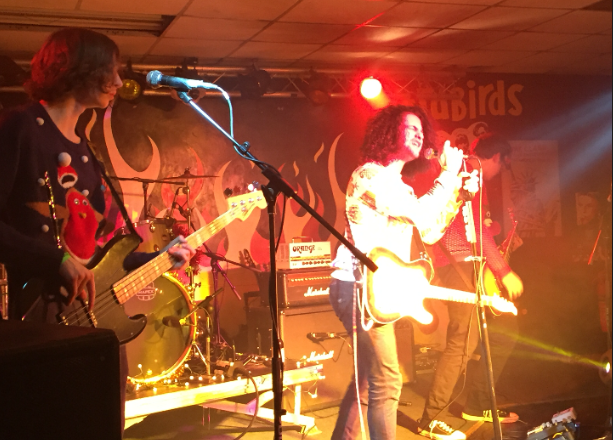 You’ve previously supported The Pigeon Detectives and recently supported Foals at a DJ set of theirs, how were the reactions from their fan bases?

Zak: Yeah quality. Been getting a lot of good reactions generally. Think people appreciate we’re trying to do the simple things well whilst still being experimental and not vanilla. Like plain or boring.


Got ya! Haha with a track like ‘Jimmy’ did you feel the need go against expectations then? The crowd seem to love it!

Zak: Sort of, the recorded version is good but then we just come in like ninja’s when we play it live.
Andy: We experiment with our songs and set lists a fair bit to be honest.

Adam: For certain we’ve got 3 singles coming out quite quick one after the other.
Zak: An EP! Got that coming up so 2016 will certainly be busy but we’ll have a couple of off months to re-charge and probably arrange a mini tour or something.


Your track ‘Wolves’, big sound! And tonight some chaps started howling at it. Is this now a must?

Zak: Yeah! Let’s make it a thing! We did have a guy turn up dressed as a wolf once? Might have been a gig close to Halloween.


Cheers for your time lads and I look forward to future ventures but one last question. Seen as it’s new Star Wars week… favourite Star Wars character? Only one each!


Feel free to read the gig review of MINT’s Christmas show HERE and follow them up on the below links: