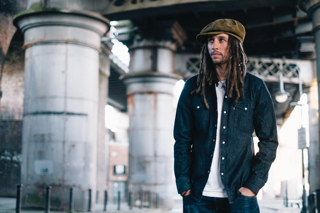 Sonically sitting in the realms of How To Dress Well and Jessie Ware, the sound of the early hours is captured to perfection as the chorus of ‘Party’ rises from a mirage of hazy club beats. Now JP has unveiled a captivating visual to accompany the track; which sees a couple running through all the emotions of a relationship in a mere moment, and glance.

'I'm so happy to be releasing the video for "Party". The process of making the video has been amazing, the director, crew, actors and extras were all so wonderfully spirited and made a long, cold, rainy day in Manchester an absolute joy! Kojey has brought so much to this track and his performance in this video is electric!! Enjoy’.

JP Cooper is an artist that transcends genres and the uniting factor that drives this is a voice that simply needs no introduction. Both effortless and distinctive, it is JP's vocal that has won the Manchester born singer loyal fans across the UK, as well as some of the biggest names in the music scene including Stormzy, Ed Sheeran and Shawn Mendes.