Ulrich Schnauss announces new album 'No Further Ahead Than Today' 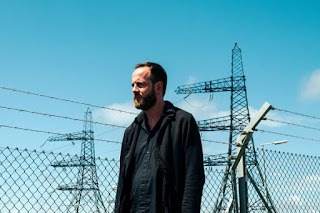 Ulrich Schnauss’ latest album, ‘No Further Ahead Than Today’, will be released on 4th November 2016. This album is the German-born electronic artist's fifth album and the follow up to 2013’s widely acclaimed ‘A Long Way To Fall’.

At once uplifting and otherworldly, the music of Ulrich Schnauss combines multilayered synthesizers with beats and ethereal vocals, serving as an aural escape route from the trappings of reality. As Schnauss explains, ‘I’ve always used making and listening to music as a way to escape – putting on headphones is a great way to leave reality behind for a while, reminding yourself why it still makes sense to carry on.

Schnauss is also a talented remixer who has produced re-workings for the likes of Depeche Mode, Pet Shop Boys, Todd Terje, Bryan Ferry and Matryoshka.

Listen to his remixes here: