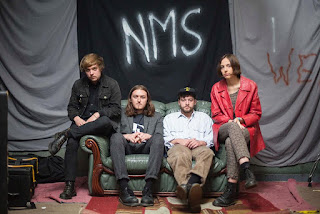 The single is coated in grunge and hard rock influences and is magnificent at referencing these genres. Taking its title from work by Hull poet Philip Larkin, Almost-instinct, Almost True finds Vulgarians in their most pulse-quickening but focused form, demonstrating a marked progression in sound from their previous release. There is a heftier emphasis upon the bass and groove within songs; bassist Jodie Smith and drummer Connor Cheesman find a progressed alliance in the rhythm section that plays into Vulgarians' newly found sleaze.