Posted by Unknown on July 27, 2017
Kent-based indie outfit Glass Peaks have released their incredible new single 'I'm Okay' which is a catchy tune which does not disappoint! Glass Peaks have now undertaken a refreshed line-up, returning as a powerful trio with their emotive new track. 'I'm Okay' is produced by Kristofer Harris (Bear's Den, Clock Opera) and is an intricate blend of driving percussive rhythms and memorable guitar riffs. The single reaches a wall-of-sound climax, which is becoming a staple quality of Glass Peaks tracks. The vocal harmonies gradually propel to the dynamic ending which ensures that the tune remains in your head for days on end. 'I'm Okay' is sure to propel Glass Peaks to the next level. 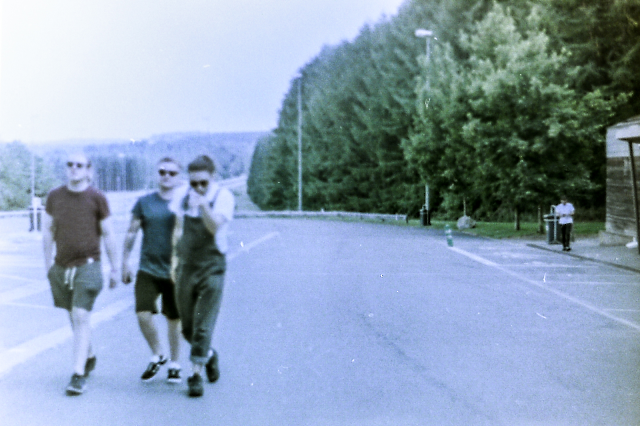 
Having recently completed their first UK-wide tour in early 2017, the three-piece are midway through a string of festival appearances including a debut EU performance in Luxembourg. Glass Peaks play the Hoxton Bar & Kitchen tomorrow night - make sure to catch them whilst you still can! Meanwhile, check out the new single 'I'm Okay' below.