Posted by Fred Bambridge on February 23, 2018
Editors' new album , "Violence", is shaping up nicely, following the release of "Magazine" the quintet have now released the video for "Hallelujah (so Low)". The album is released on the 9th of March via Play It Again Sam. 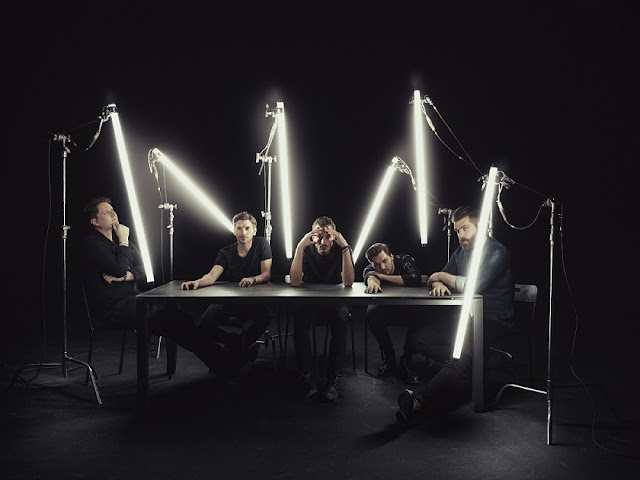 Tom Smith says -  " ... I wrote the words to "Hallelujah (So Low)" when I got back from a trip with Oxfam, visiting refugee camps in Northern Greece. It was obviously an incredibly moving trip, seeing people living in dust, surviving only on the help of others was very moving.
Musically the track hung on the relationship between the acoustic guitar and the drum machine, that was part of the track from my demo, it had something special very early on...then when Justin came up with his outrageous guitar riff we knew we had a winner. It's the most 'rock' we've ever been and it's exhilarating. I think the video attempts to capture this intensity, both in the track and in us as a live band."